Alonso: I can start the season next week in Bahrain 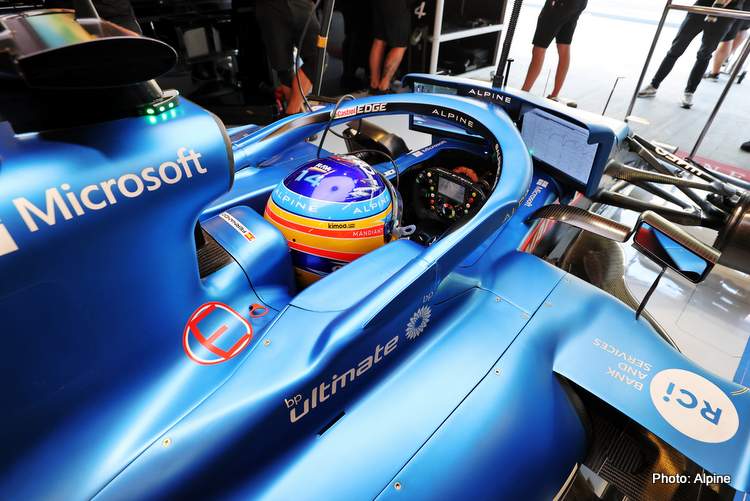 Fernando Alonso finished his comeback season with Alpine tenth in the 2021 Formula 1 Drivers’ Standings, the Spaniard revealing that he is ready to start the next season as soon as next week.

Alonso was speaking to F1’s official website after the conclusion of the end-of-season testing days the teams went through at Abu Dhabi’s Yas Marina circuit, after the 2021 season finale, where Max Verstappen emerged as World Champion.

With Kimi Raikkonen retiring this year, Alonso will be the oldest, most experienced driver on the grid next year. But how close is he to his peak?

“I’m closer than 10 months ago,” he claimed. “Difficult to know… the limit, and where we could get next year.

“I think we need a good winter that’s for sure, I need to be prepared or to get ready a little bit better than last year; the accident in February with the bicycle didn’t help last year,” the Spaniard lamented.

Alonso to undergo surgery in January 2022

Last year and just as Alonso was preparing for his comeback season after a two-year hiatus away from the sport, he sustained face injuries after a cycling accident in Switzerland, after which he underwent surgery.

“This January I will have to remove the plates from [my] face so I will have two weeks in January off but probably I had those off anyway even without the surgery because it’s just time to relax,” he revealed.

“But after that we need to go into winter testing with a good programme, physically and also in the car.

My age is an advantage

“[Regarding] my age, I feel good,” he said. “Honestly, I feel an advantage, you know? When I come to a circuit, I know the circuits.

“Even now, you know everyone is testing this 18-inch tyre and I know very well these tyres from the WEC [World Endurance Championship]; there is exactly the same behaviour on the tyres and the same way you have to drive the tyre…

“All the things I am facing – that other people are facing for the first time – for me this is the second or third time. This is good,” he explained.

“I think I only see the advantages,” the driver from Oviedo, Spain went on. “Physically, I think the cars of today are not very demanding.

Alonso to race in ’24 Hours of Dubai’ karting event

“I am racing the 24 Hours of Dubai [karting event] and there is free practice in two hours,” the Alpine driver revealed.

“I can do 300 laps with these cars, so there is not a problem physically,” he claimed.

Alonso then turned things up a notch saying: “I’m super strong, I’m ready, I can start the season next week in Bahrain!

“No, I was planning to have a different preparation next year, not because the cars will be different… but just because this winter I couldn’t do a proper preparation because of the bike accident,” he concluded.

Alonso – who won his back-to-back titles with Renault in 2005 and 2006 by dethroning the reigning World Champion of the time, German Legend Michael Schumacher – has not shown any signs of slowing down on his come back, as he delivered a strong season, with sharp race craft which culminated in him achieving third place at the 2021 Qatar Grand Prix around the Losail International Circuit.