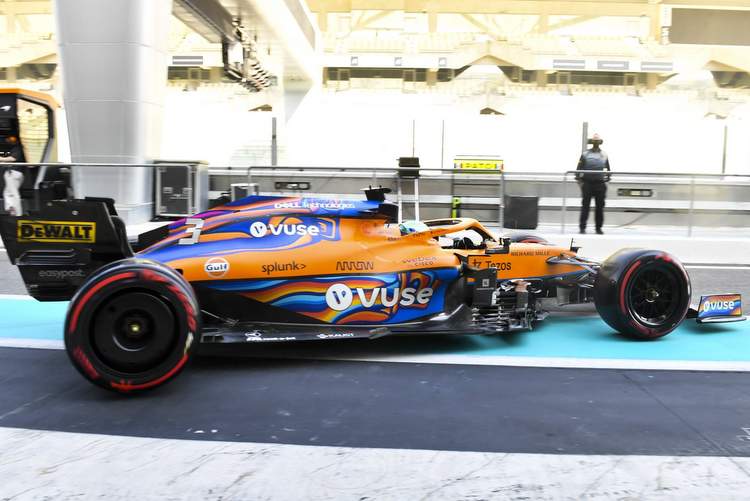 The champagne spray, from an dramatic end to Sunday’s 2021 Formula 1 season, is hardly dry as Yas Marina Circuit comes alive for a final time this season with the Abu Dhabi F1 Young Driver Test today and tomorrow.

With 2021 done and dusted – Max Verstappen 2021 F1 World Champion and Mercedes the 2021 F1 Constructors’ Champions – today and tomorrow are more about the future of the sport.

In action will be Formula 2 champion Oscar Piastri and IndyCar frontrunner Pato O’Ward, a couple of the hottest properties on the fringes of F1.

The official F1 site reports that on top of the Young Driver Test, nine of the 10 teams will also run two-year-old mule cars adapted for the 2022 18-inch Pirelli rims.

The mule cars will get track time on both Tuesday and Wednesday as part of Pirelli’s test plan that is taking place in parallel at the Abu Dhabi circuit, with the likes of Verstappen, George Russell, Charles Leclerc and Fernando Alonso confirmed to take part.

Williams have been permitted to use their 2021 machinery on both days of the Abu Dhabi F1 Young Driver Test.

Russell will be familiarising himself again as he steps in to replace departing Valtteri Bottas, to be Lewis Hamilton’s teammate in 2022.

Alfa Romeo will be running the newest name on the grid, Guanyu Zhou. The F2 title challenger will get his first taste of an Alfa Romeo on Wednesday, ahead of becoming China’s first full-time F1 driver in 2022.

Zhou won’t be the only debutant at Alfa Romeo, as Valtteri Bottas is down to drive the mule care on Tuesday for his new team. 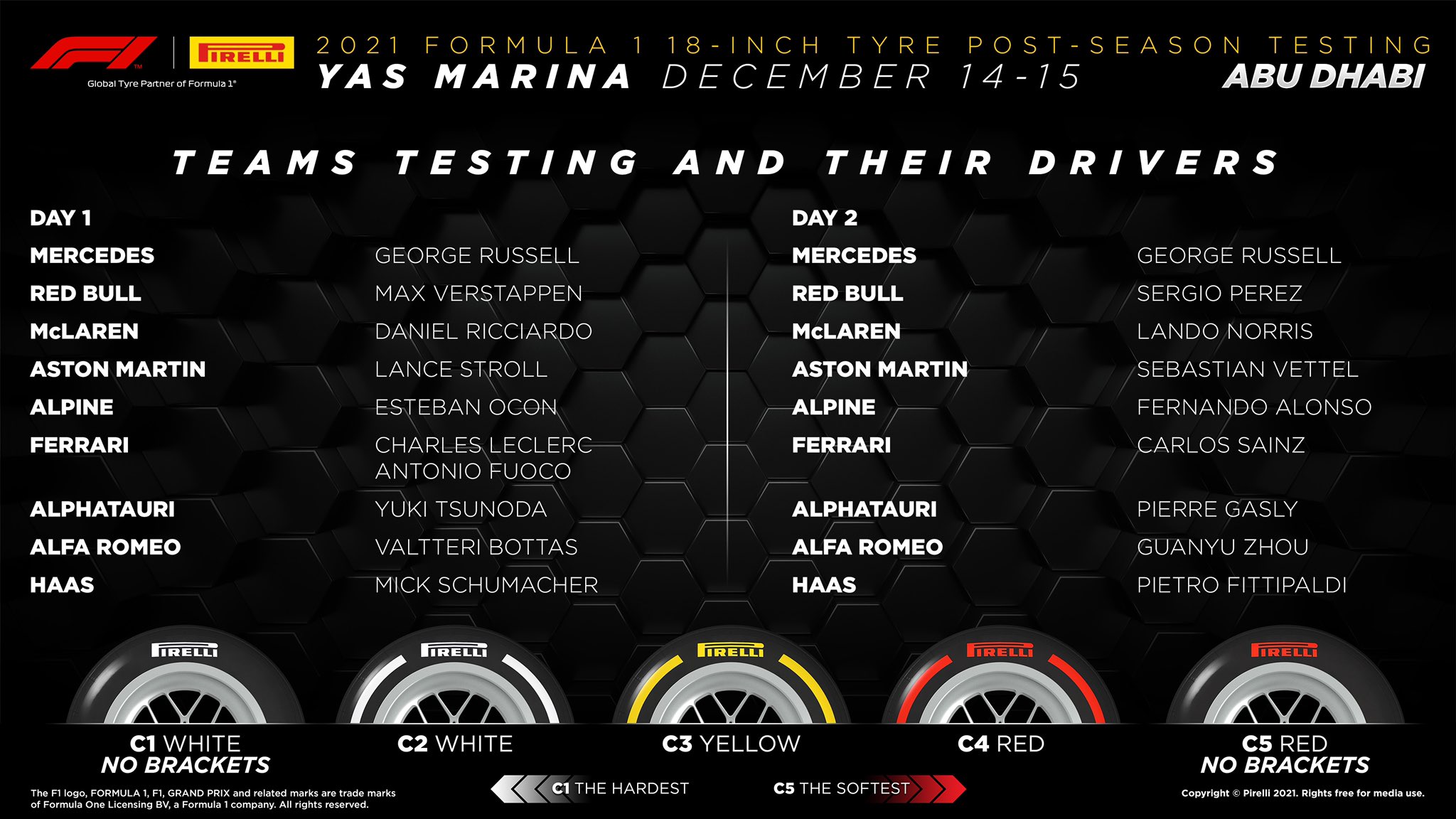 The lineups and schedule for Yas Marina are as follows according to the F1.com report:

For the second year in a row, Formula E champion Nyck de Vries will drive for Mercedes – the team fresh off winning their eighth straight constructors’ title. The Dutch driver took two wins and two further podiums in FE this year and has appeared at several races as Mercedes’ Test and Reserve Driver.

Day 1 of post-season testing at @ymcofficial is underway: we have @F1 drivers testing 2022 #Fit4F1 18-inch tyres with mule cars and young drivers with 13-inch tyres. pic.twitter.com/3Hk6JjLkIu