Is Jean Todt heading back to Ferrari? 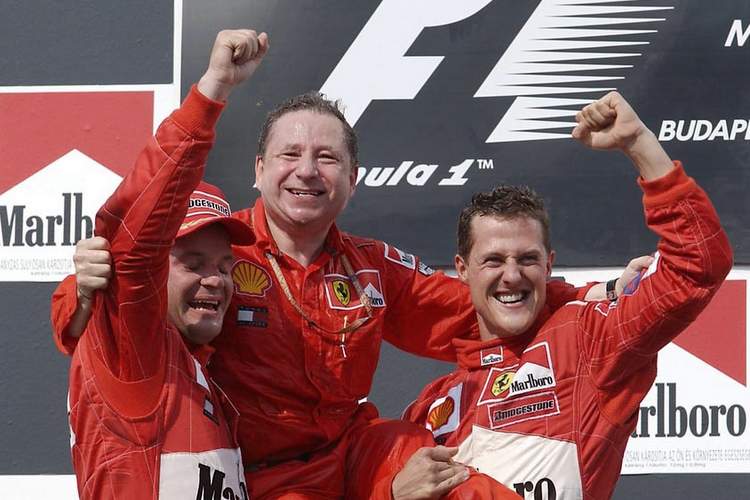 A possible return to Ferrari of former boss Jean Todt after the Frenchman steps down as president of Formula 1’s world governing body next week is “only speculation”, team principal Mattia Binotto told reporters on day one of trhe Abu Dhabi Grand Prix weekend.

The Paris-based International Automobile Federation (FIA) will vote on a successor to 75-year-old Todt next week, who is leaving after three terms of office.

Italy’s Corriere della Sera reported last week that Todt, who presided over Ferrari’s golden era in Formula One with Michael Schumacher, could return to Maranello as a super-consultant.

“I heard and I read about some speculation in that respect, but I can say that so far they are only speculations,” Binotto told reporters at the season-ending Abu Dhabi Grand Prix.

“Personally I worked with Jean Todt, he has been my boss, I think I learned a lot from him.

“It has been an honour to work with him and in case whatever would be the future it would still be an honour for me to work together with him, because I still believe that as Mattia and as a team there’s still much to learn.”

The Corriere said Todt could have a similar role to the one triple world champion Niki Lauda had with champions Mercedes before his death in 2019.

Todt was at Ferrari from 1993 to 2009, presiding over 14 championships in total – including five successive drivers’ crowns with Schumacher from 2000-04. (Reporting by Alan Baldwin)