Ben Sulayem or Stoker to succeed Todt as FIA President? 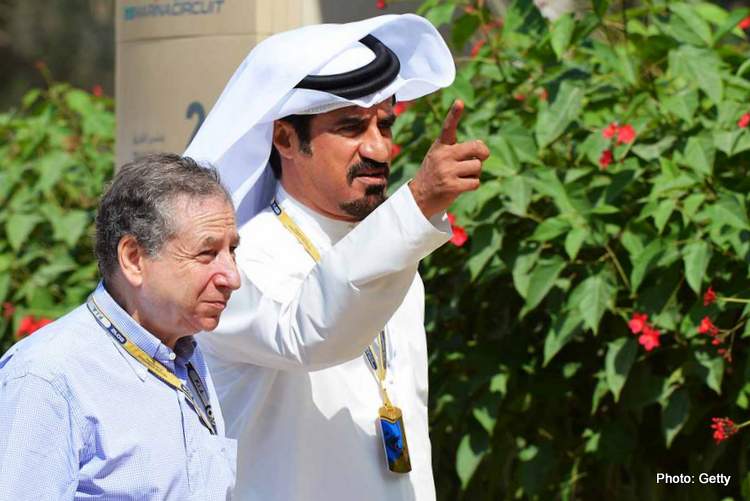 On 17 December 2021, the FIA’s 245 member clubs will elect a new President to replace outgoing Jean Todt, with the UAE’s Mohammed Ben Sulayem and Briton Graham Stoker.

The pair have emerged as the candidates amid rumours of the likes of David Richards and Alejandro Agag were contemplating a bid for FIA presidency. Todt has served three terms at the helm of the FIA and is not eligible for another term.

In short, Ben Sulayem has had a storied career in motorsport, and in 2008, became the first Arab to be Vice President of the FIA and the first to be elected to the FIA World Motor Sport Council.

Stoker has had a career as a sports barrier and as a motorsport executive, currently, he is Deputy President for Sport of the FIA since October 2009, having joined the organisation in 2001.

An indication of the tough contest, for the most powerful position in global motoring and motorsport, is that the FIA set what can be termed rules of engagement for the two candidates.

Lobbying and endorsement are legitimate practices

In an open letter, published on the FIA website, Francois Bellanger outline said the election would take place under the “highest standards of governance, integrity and democracy set forth by our Statutes.

“In this respect, our duty is to ensure that anyone involved in the electoral campaign and the voting procedure complies with the standards of conduct set out by the FIA Code of Ethics.

“Lobbying and endorsement are legitimate practices, but potentially controversial. Exercising political pressure or any other form of pressure on an FIA Member in order to influence their vote at the presidential elections would constitute an infringement of FIA fundamental principles.

“It would be a more severe infringement if such pressure included a request that a FIA Member give photographic evidence of the ballots he or she has cast.

“It has been reported that this might be happening at the FIA, which would be a matter of serious concern for the whole FIA community.”

The refer is ready and has clearly stipulated the dos and don’ts of the forthcoming elections.

Meanwhile, candidates have released their manifestos and the lobbying has begun in an election that appears too close to call at this stage, a tad over a month before ballots are cast.

Ben Sulayem: I’m passionate to make a change and to improve

Ben Sulayem outlined his vision for the future of the FIA: “We have to get the grassroots and the regions right. This is where I come from. I’ve been a driver, an organizer and somebody working within a national governing body.

“Seeing the sport at all levels has given me this ability to understand the need to sit down, engage with people and listen to them. But, more importantly than that, to take action. I will take action.”

As for his credentials to be the chief, Ben Sulayem said: “Motorsport has given me a lot, most of my life. As a driver for 20 years I’ve won 14 times (Middle East rally Championship), then became an organizer (Abu Dhabi Desert Challenge) in charge of motorsport at home.

“I believe it is time to give back to the sport and the federation. I’m passionate to make a change and to improve, to follow some of the steps but also to evolve,” adds Ben Sulayem’s manifesto.

Stoker: Our core belief is an FIA for All

Stoker, who is campaigning under an ‘FIA for All’ slogan, said of his Presidential ambitions: “I want the FIA and our Member Clubs to gain global influence across all aspects of sport and mobility, emerging transport and energy trends.

“We will build on the outstanding work of President Jean Todt over the last 12 years and are proud to have been able to help introduce many new innovative programmes and resources to support Members and have assisted the President in developing our Clubs and building the FIA into a strong, respected and influential international organisation.

“Our core belief is an FIA for All which will continue to strengthen our Federation – for our Members, our Sport and our Society,” added Stoker who has racing legend Tom Kristensen in his corner.

Ben Sulayem’s team includes Robert Reid, 2001 World Rally Championship-winning co-driver, as his deputy president for motorsport and is the chair of the FIA WRC stewards, and president of the FIA Closed Roads Commission.

There you have it, one of these two men – Mohammed Ben Sulayem and Graham Stoker – will replace Jean Todt as FIA President. Watch this space!