Horner: We need a miracle to win the F1 constructors’ title 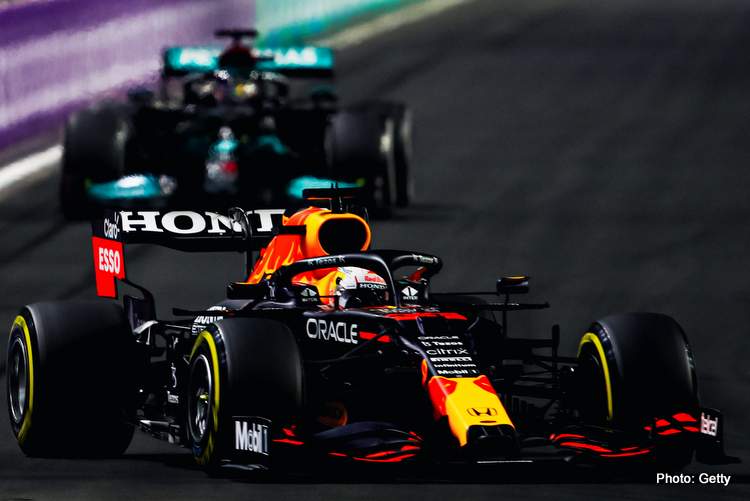 Red Bull team boss Christian Horner believes his team need a miracle to wrest the Formula 1 Constructors’ Title from Mercedes after slipping further behind at the Saudi Arabian Grand Prix on Sunday.

Mercedes — chasing a record eighth F1 Title in a row — started the day five points clear of Red Bull and ended it 28 ahead with one race and a maximum of 44 remaining to be won in Abu Dhabi next weekend.

“This team has put together a phenomenal campaign this year,” said Horner. “We’ve won 10 races…we’ve taken them (Mercedes) all the way to the final race. (In the) Constructors’ we’re on the back foot now, we need a miracle to win that.

“But we’ve got one more shot to have a go at winning this title with Max and we will do everything that we can. We’ll prepare, we’ll regroup and the guys are not down. They can be proud of what they’ve achieved.”

Mercedes need score only 17 points next weekend to be sure of the Constructors’ Crown.

“The drivers’ is where the prestige is. It’s not where the money is. And that’s the one that people remember,” explained Horner. (Reporting by Alan Baldwin)