Inside Line: Irresponsible of F1 to race at Jeddah Corniche Circuit? 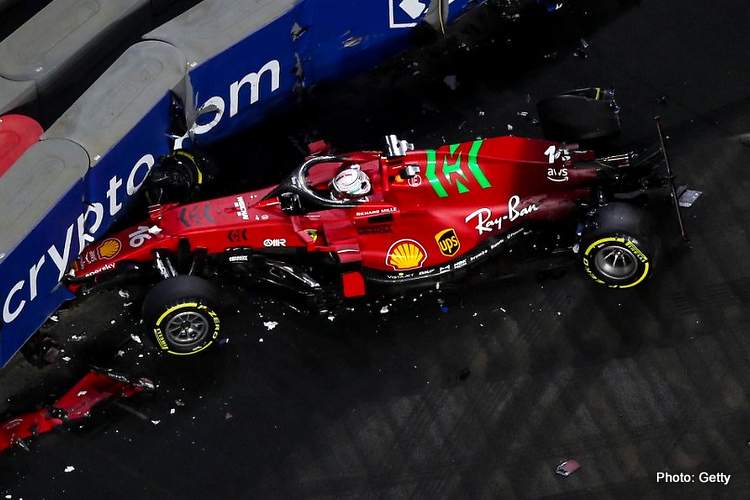 As I watched in utter awe the spectacle of Formula 1 cars at speed around the sparkling, spanking new Jeddah Corniche Circuit, I suddenly had a spine-shiver as I thought of the consequences of a big crash at the sports latest glossy venue.

Only minutes after receiving the FIA Grade-1 license, Formula 2 cars were released for their first-ever session on to the all-new Saudi Arabian Grand Prix Circuit.

All-in-all the track lived up to expectations in terms of it being finished. There were no loose manhole covers or the like and allowed for cars to go out in anger.

It looked like any other new track and after a while of TV watching, one forgot how new it actually is and how much it is a combo of Baku, Sochi, Singapore and Monaco on steroids.

Then came the F1 boys, and the awe ramped up as the best drivers on the planet got to grips with the venue. It was absolutely daunting to watch. And of course, afterwards they all raved, describing it as an “adrenaline rush, amazing, challenging” etc, and dangerous…

Yes, I would add very dangerous. But watching the mind-boggling onboards of Lewis Hamilton’s Mercedes flashing past slower cars got the old red flags waving in my head.

And then Charles Leclerc hit the barrier at high speeds, causing the session to be stopped early. many “what ifs” followed.

What if in qualy, say Q1, when everyone will be jockeying for clear air, one of the guys in the slow queue decides to hop a spot? Looking in the mirror, it’s clear, he edges out of line into the fast lane and along comes another driver at high speed, unsighted because the walls make them blind, and they meet.

One of them could well end up in the Red Sea at those speeds.

Now that’s racing, Spa has Eau Rouge, Montreal the Wall of Champions, Monaco miles of Armco and so on. What’s the difference? Time, experience.

I recall at Dubai Autodrome during my near-decade there, Charlie Whiting would visit regularly for the circuit grading and it was a serious business, well-prepped to make sure our venue ticked all the boxes to remain a Grade 1 circuit.

F1 is in unknown territory what if there be, god-forbid, a big incident of the Romain Grosjean type?

No doubt Jeddah was fast-tracked for the purpose of this first Saudi Grand Prix, it has never held a race before, hence the lack of experience for the venue, that experience encompasses the most important element of any race weekend, marshalling and the myriad of safety protocols that for most circuits are part of their well-oiled logistics.

There has been no hands-on experience for anyone involved with the officiating, safety and rescue. F1 is in unknown territory should there be, god-forbid, a big incident of the Romain Grosjean type.

I have no doubt that the FIA, President Jean Todt,  F1 Chief Stefano Domenicali through Ross Brawn to everyone in the decision-making process of our sport have thought this through.

That they have done the risk and accident assessments, accepted the safety and rescue simulations, confident that every angle is covered or would not allow this to happen.

Typically tracks should have at least a few races, even just local racing to make sure that everything works before it is ‘unwrapped’ for the big show. Not with Jeddah, where it was: build it, plug and play and let’s see what happens.

So let’s kick the elephant out of the room and ask of the Jeddah Corniche Circuit:

One could argue that all these things could go wrong at any race track, agreed, but there are real-life precedents or them to tap into (experience again) and not merely simulations.

Are the good volunteers at Jeddah really ready as they should be, as they are at other circuits F1 goes to? They are no doubt the cream of the crop and I know, the professionals they are, would all have appreciated a trial race or testing at the venue to increase their state of readiness for whatever this weekend throws out of them.

So, while I am looking forward to a great qualifying duel on this new track, the race too, I do so with trepidation, knwoing that motorsport is always dangerous, but at some places and in some circumstances more dangerous than normal – this is one of them.

The F1 gods have been kind to us of late. Remember Romain. Remember Max at Silverstone. Remember Lewis and Max at Monza.

However, this is F1 and money talks always; and this is about very, very big money poured into this blatant ‘sportswashing’ project. But it could come at an unfathomable cost…

Thus any life-altering incident will mean that F1 (and all the decision-makers regarding this) will be accountable for fast-tracking this project to Grade-1 status, thus before serious race action begins, it begs the question to Stefano and his men: Is it irresponsible to race at Jeddah Corniche Circuit?