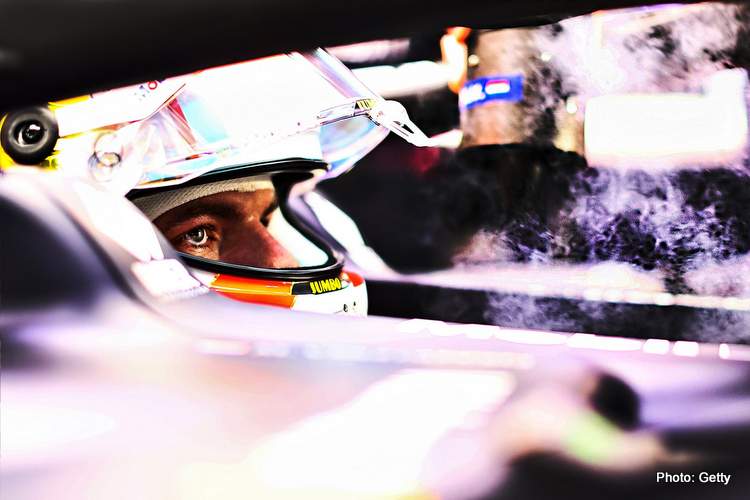 Only a few hours ahead of this afternoon’s race, F1.com reports: “At the very end of the final segment of qualifying on Saturday evening Pierre Gasly ran wide at Turn 15 and dislodged his front wing, which also caused him to puncture his front right tyre. As he slowed his stricken AlphaTauri on the pit straight the yellow flags were flown.”

Meanwhile, Verstappen was on his final flying run as he tried to overhaul title rival Lewis Hamilton who held provisional pole position at the time.

The Red Bull driver crossed the line improving his time by around two-tenths of a second, not enough for top spot, with the Dutch ace set to start second on the grid alongside title-rival Lewis Hamilton, who stormed to his 102nd pole position of his career.

But the penalty means Verstappen drops down the order to seventh on the start grid, significantly on the back foot for a most crucial race ahead.

Horner: This is a crucial blow in the world championship

Red Bull team boss Christian Horner admits the decision is “massive” in the fight for the championship this season: “We are struggling to understand it. There was a yellow flag, he (Verstappen) just didn’t see it,” he told Sky Sports F1.

“It’s a rogue marshall that stuck out a flag out. He wasn’t told to do so. This is a crucial blow in the world championship. It is massive.”

Now reigning champion Hamilton has a chance to close the 14-point gap to Verstappen in the drivers’ championship with the Dutchman starting seventh tonight.

The second Mercedes of Valtteri Bottas – who qualified third – was hit with similar punishment, only taking a three-place penalty as he did not slow under single-waved yellows.

Carlos Sainz was also called to the stewards but no further action was taken after the stewards deemed the Ferrari driver did not have a case to answer.