Leclerc: This was definitely unexpected 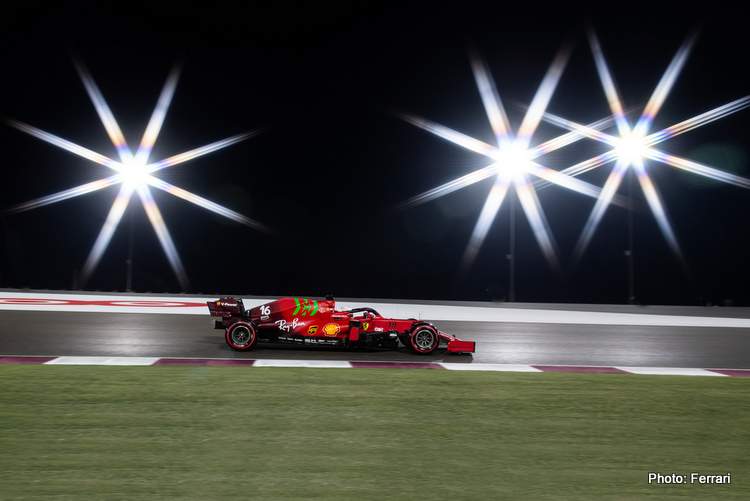 It was a qualifying session to forget for Charles Leclerc at the Losail International Circuit in Qatar, as he failed to reach Q3 and will start the 2021 Qatar Grand Prix from 13th on the grid, something the Monegasque insists was “definitely unexpected”.

Leclerc was left baffled after Saturday’s qualifying in Qatar, as he was unable to pinpoint the reason behind his lack of pace, and the fact that his teammate Carlos Sainz made it into Q3 on the Medium tyres – albeit being lucky – didn’t provide any consolation.

Leclerc in the dark

Speaking in his team’s post-qualifying media brief Leclrec said: “This was definitely unexpected.

“If I am ever off the pace, I know if it was due to the balance not being right, or down to me making a mistake. But neither was the case today,” he insisted.

The Monegasque went on: “I never felt that the tyres were in the right window and I was sliding around all the time, limited by the lack of grip.

“On top of that, the damage to the chassis caused by the kerbs in Q1 certainly didn’t help!

“So I have to sit down with the team and carefully analyse all the data to see if something significant was not working properly or can be improved,” the two-time race winner explained.

“We have lots of work ahead of us, especially for our mechanics and it won’t be an easy race tomorrow.

“Hopefully we can take advantage of starting with a free choice of fresh tyres,” the Ferrari driver concluded, trying to take some positives away from a miserable Saturday afternoon in Qatar.

No risk, no gain

Sainz on the other hand had a better qualifying than his highly-rated teammate, and made it to Q3 on the Medium tyres which was a risky gamble that eventually paid off, only to ultimately finish seventh.

“P7 is a good qualifying result, given where we were yesterday and it shows the progress we’ve made today with the car,” Sainz said in the team’s press release.

“In Q2 we took a big risk running twice with the Medium and thankfully it worked after a very strong first attempt.

“On Softs it would have been easier to get into Q3, but given our tyre degradation, we believe the Medium tyre is the best for our race, although I’ll be surrounded by Soft runners at the start and that is going to be extremely challenging,” the Spaniard explained.

“In Q3 I was able to put together a good lap but didn’t manage to improve on that P7.

“The start on the clean side of the track is good news for tomorrow and we’ll try to strategically play our different tyre choice to maximise the result,” the 27-year old revealed.

“I feel like the huge effort made by the entire team yesterday to understand what we needed to address today has paid off, and that is another positive to take from this session.

The seventh place, Sainz worked so hard to achieve, might be in jeopardy as it was announced soon after qualifying that the Ferrari driver was under investigation for ignoring yellow flags at the end of Q3, due to Pierre Gasly’s kerb-moment which led to the Frenchman having a front-right blowout, slowing down significantly on track.

The Spaniard will be appearing in front of the Stewards on Sunday, 13:30 Qatar time, after which a decision can be expected.

It remains to be seen if Sainz gets a grid penalty for Sunday’s race, and how Leclerc gets on from his low starting grid position, keeping in mind that Ferrari are fighting McLaren for third in the Formula 1 Constructors’ Standings.

The Scuderia, however, leads McLaren by a healthy 31.5 points ahead of the Qatari race. (Follow me on Twitter @MallakJad)