Verstappen and Hamilton in hot water with Stewards 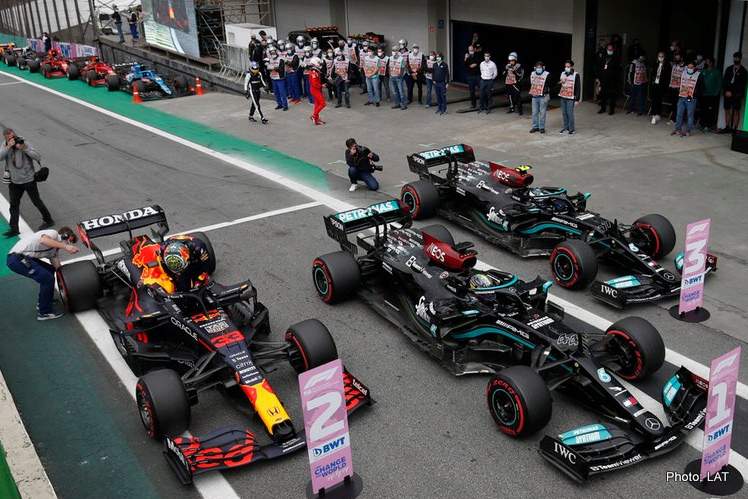 After Lewis Hamilton was summoned to the stewards due to an irregularity on his Mercedes’ DRS system, it seems his title contender Max Verstappen is in hot water as well for violating parc ferme rules.

Lewis Hamilton was fastest in qualifying for the sprint race yesterday, with Max Verstappen second fastest. But after the session was over and upon inspection of the seven-time World Champion’s Mercedes, FIA technical delegate Jo Bauer found an irregularity with the #44 W12’s DRS system, which was reported to the stewards.

Before a decision was made on Hamilton’s case, the Formula 1 stewards also summoned Verstappen  Red Bull’s championship leader Max Verstappen to a hearing on Saturday for an alleged breach of the governing body’s international sporting code at the Sao Paulo Grand Prix.

They cited article 2.5.1 of the code which concerns access to the secure parc ferme area where cars are held after a qualifying session.

According to Formula 1’s official website, a video of Verstappen approaching Hamilton’s car after qualifying, shows the Dutchman touching the Mercedes of his rival.

Verstappen is expected to appear before the stewards on Saturday at 9:30am local time, while it was reported that no decision will be made regarding Hamilton before Saturday  as well awaiting further evidence, with the rear wing assembly of his car was removed and impounded overnight.

“The Stewards have adjourned the hearing relating to Document 18 of the 2021 FIA Formula 1 São Paulo Grand Prix as they await further evidence that will not be available until the morning,” an FIA spokesman said according to F1’s official website.