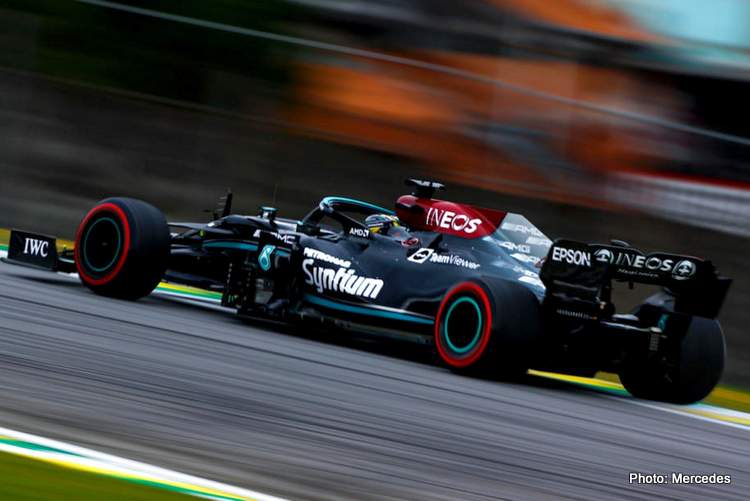 Mercedes driver Lewis Hamilton faced a stewards’ investigation and possible demotion to the back of the field on Friday after qualifying fastest for the sprint race that will decide the Sao Paulo Grand Prix starting grid.

The seven-times F1 world champion dominated the session at the Brazilian city’s atmospheric Interlagos circuit but the rear wing element on his Mercedes then failed a technical inspection.

A team representative was summoned to see the stewards.

The Briton, 19 points adrift of Red Bull’s Max Verstappen with four races remaining, made the most of a new engine to clock a best time of one minute 07.934 seconds in front of a cheering crowd.

Verstappen was second and 0.438 slower, a considerable margin around one of the shortest laps on the calendar.

“Let’s go,” exclaimed Hamilton over the team radio on a cold and windy afternoon with brooding dark clouds overhead.

Verstappen checking the DRS on his Red Bull and Hamilton’s Mercedes:

The Briton is sure to have a five-place grid penalty for Sunday’s main race as result of his engine change but can take three points on Saturday, with the top three scoring in a 3-2-1 system.

“We’re working so hard to try and get this car right and it’s been tough. So to finally get the car feeling like it did today feels great,” said Hamilton.

“A lot of the times we get it wrong, I get it wrong, and today I got it right and the car was really nice to drive. It was everything I wanted,” added a beaming Hamilton.

That mood might have changed, when a merc team representative was summoned to the Stewards after they received the following report from FIA F1 Technical Delegate, Jo Bauer regarding the #44 Mercedes:

“The uppermost rear wing element adjustable positions were checked on car number 44 for compliance with Article 3.6.3 of the 2021 Formula One Technical Regulations. 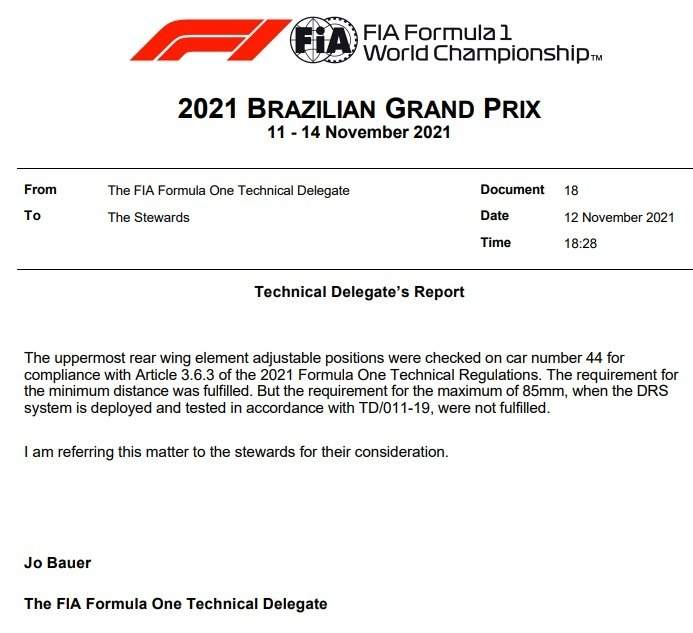