Inside Line: Ferrari-McLaren battle, who cares? 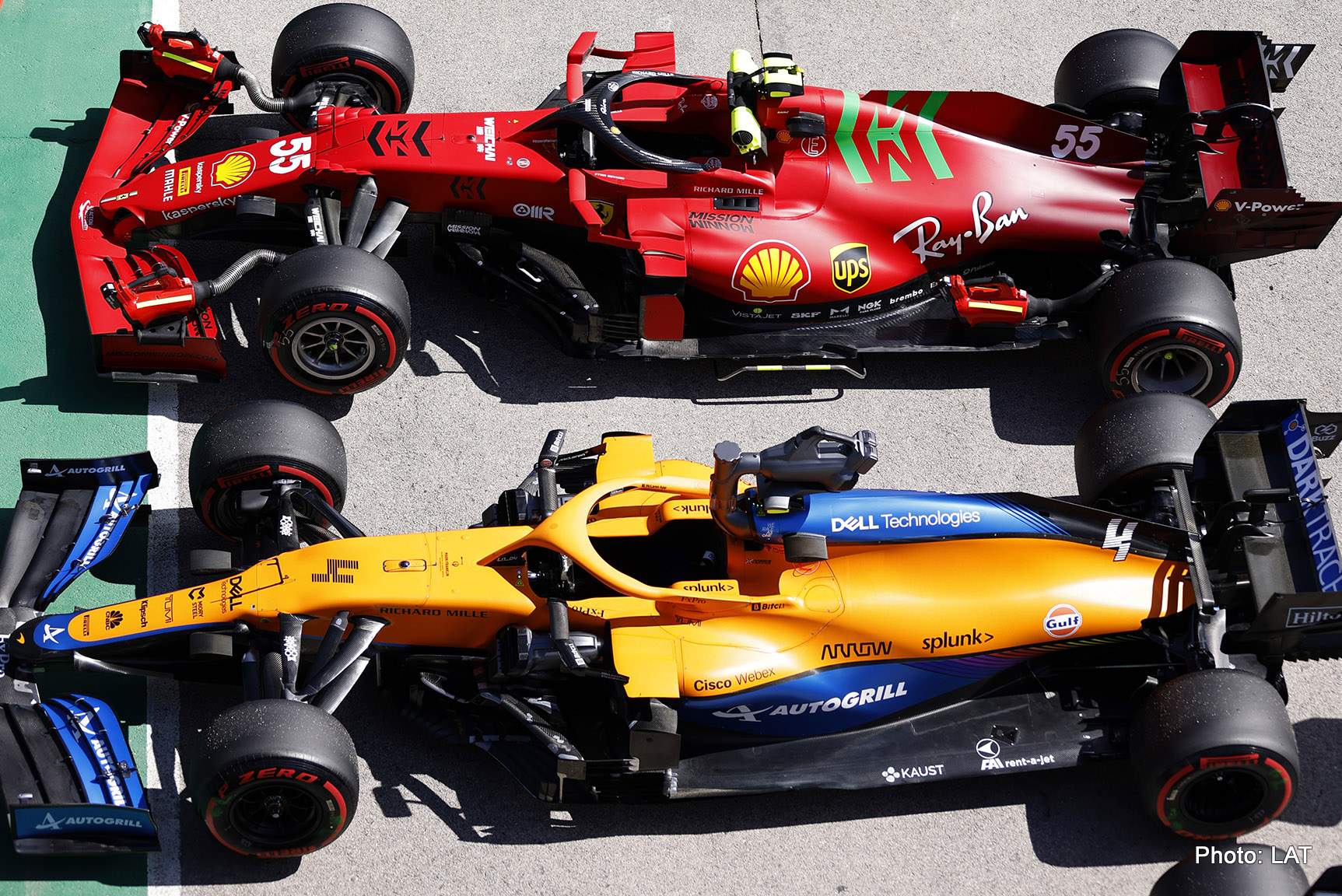 Much is being made about the battle between Ferrari and McLaren as they square up at the 2021 Sao Paulo Grand Prix, with third place in the Formula 1 World Championship standings at stake.

Sure, the matter of prize-money for third compared to fourth is substantial but does anyone really care?

As a long-standing McLaren fan, I can say that it does not enamour me at all. My team were serial winners in their heyday, podiums aplenty and the top step many a time, making it the second most successful F1 team of all time with 183 Grand Prix victories to their credit.

So, as a die-hard McLaren-ista I can only frown at third-place. Sure it’s better than where we were not long ago, and I am proud of what Zak Brown and his team have accomplished.

Although I have not had the pleasure of meeting Zak, by all counts he likes a winner. His incredible race car collection all have one common denominator: winners.

Thus if he talks up the third-place battle it must rile him because that’s not where winners hang out, and he must be itching for the day when he can talk about his team’s chances of winning on a regular basis.

As for the Tifosi, I know it irks them to be living this age of accepted mediocrity with little to celebrate for far too long. Trust me, the Ferrari fans, at least the ones I know, are equally disinterested in whether their team finishes third or fourth.

These are people that have 238 Red victories to harp on about. Tifosi watch F1 these days with one sad eye on their underperforming team, wishing for better days that seem so far away, in the ‘third is okay’ era of the invisible ‘leadership’ of Ferrari president John Elkann.

For me, second place – in anything – is first of the losers; and that on every Grand Prix Sunday, there is one winner and 19 losers. So making a noise about third-place is a hard ask when there is so much to report at the very sharp end of this glorious championship.

But I will give it a bash:

Ferrari have found of rush of good performance, while McLaren’s has fizzled down after the heady mid-season form including victory at Monza.

As the season draws to a close Ferrari have edged a lucky 13.5 points ahead of their rivals before today’s Sprint race in which neither team is expected to feature in the top three points-paying positions, according to the form book. But as Murray Walker said, “In F1 anything is possible.”

The Reds are going through an interesting patch, as newcomer Carlos Sainz increasingly betters his teammate Charles Leclerc, the chosen one, and again out-qualified the Monegasque, as they ended the session fifth and sixth respectively.

The two Charlies are making the most of what is clearly an improved package.

At McLaren, Daniel Ricciardo’s early-season woes are subsiding as he finds his groove with this new team this first year, but Lando Norris, who has been stellar all season, again out-qualified the Australian. However, they’ve been more subdued in recent outings, suggesting that right now they have lost the edge relative to Ferrari.

The form book suggests that at Interlagos the Red cars should be ahead of the Papaya ones come the end of today’s Sprint race and in the race on Sunday too. Unless, of course, as Murray says…

That’s about all that can be said about the contest between the two great teams down on hard times. Even so, who really cares?

In closing, I am in the camp that looks forward to the new F1 and will join the chorus trumpeting that 2022 will be a good year. They’re all saying it Lewis, Seb, Fernando; that the next-gen cars are going to be racy and the lopsided playing field should straighten.

I am going to believe them.

Thus I dream of next year, reporting at this stage of the game, Ferrari, McLaren, Mercedes and Red Bull all in the ring flinging everything they have to win, when predicting victory will be almost impossible as half-a-dozen drivers, from these great teams, have a chance to win the title.

Now that would be cool and no one will give a damn about who finishes third.