Brawn: Max reminds me of Michael 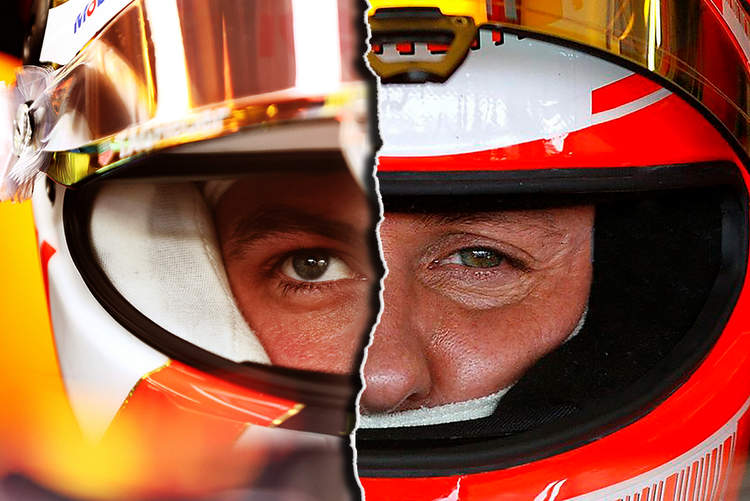 Brawn’s glorification of Verstappen came in his regular column on F1’s official website, post Mexico, and praise couldn’t any better than that, as Schumacher has been the benchmark to which all F1 drivers have been measured for a long time, and whose records Lewis Hamilton has been relentlessly chasing and breaking over the last few years.

Brawn believed that Verstappen’s electrifying start was key to his victory. He wrote: “The start was instrumental in shaping the race, with Max getting the jump on both Mercedes and then Valtteri spinning.

“From there, the performance difference that we thought existed between Red Bull and Mercedes became real again.”

Touching on Red Bull’s ambiguous loss of pace in qualifying, before recovering strongly in the race on Sunday, the Briton said: “In qualifying, there was an anomaly with Mercedes ahead.

“Once we got into the race and Red Bull had a clear track with Max, it was clear they had a useful performance advantage.

Why Verstappen reminds Ross of Schumacher?

The F1 Director went on to dissect Verstappen’s performance throughout the race.

“Max didn’t put a foot wrong,” he claimed. “It was an impressive performance.

“And while Checo would get the emotional vote for Driver of the Day, for me it has to go to Max for his control on the first corner, how he delivered the perfect Safety Car restart and then how he didn’t let anyone get close thereafter.”

Referring to the Dutchman’s Team boss, Brawn noted: “Red Bull boss Christian Horner said after the race that Max spent a lot of time assessing potential strategies he could use at the start.”

And then boldly declared: “It reminds me of how Michael Schumacher used to spend a long time walking a track on the Thursday before a race weekend.

“He would look at corners and check out the escape routes if things go wrong. He would then know if you can escape safely from a bold move and be more confident of making that move.

“Max sussed out the first corner very well in Mexico and had the confidence to pull it off,” Brawn insisted.

Sergio Perez feels at home in the RB16B

Brawn then turned to the other Red Bull driver, Sergio Perez, and spoke of his improvement over the course of his first season with the energy drinks outfit.

“I was a bit worried about Checo at Red Bull as he was struggling a bit, but in typical style, he knuckled down and worked out what he had to do to get on top of the RB16B,” the 66-year old admitted.

“He didn’t panic, dug deep and worked with the engineers to get more comfortable with the car. Checo is now doing the job Red Bull had hoped he would do when they signed him.

“With two Red Bulls on the podium and Valtteri failing to score, Red Bull are now just one point behind Mercedes in the constructors’ championship so it’s finely poised as we head into the closing stages.

“It’s exciting to have another local hero in F1,” Brawn pointed out. “We’ve seen it at Silverstone in the past with Nigel Mansell and Lewis, Germany with Michael, Zandvoort with Max and now we’ve got a growing fanbase in Mexico cheering Checo’s every move.

“It’s fabulous how the drivers can galvanise and generate the enthusiasm from fans,” he mused.

Outside the top three in Mexico

The Managing Director spared some words for other teams and drivers who despite not featuring on he podium, delivered a solid race.

“Pierre Gasly delivered yet another impressive drive, the Frenchman going from strength to strength,” Brawn highlighted.

“It was a bit lonely in fourth, but he won’t mind because it was an important haul of points.

“AlphaTauri were very competitive this weekend and after Gasly’s brilliant drive, they are now level on points with Alpine in fifth in the constructors’ championship.

“That’s been a long-held ambition for boss Franz Tost and they are now very much in the fight to achieve it,” he predicted.

Brawn then commented on the results of the team where he and Schumacher re-wrote F1 history, and said: “Ferrari had a strong weekend, too, with both cars inside the top six while chief rivals for P3 McLaren only scored a solitary point.

“But it’s still all to play for, and I’m sure this fight has more twists and turns to come,” referring to the fight over third in the Constructors’ Standings between Ferrari and McLaren.

Brawn never misses a chance to laud the new aero regulations that F1 is commissioning in 2022, and in his latest column he wrote: “I know I’ve said this before in this column, but the race was another example of why we need the new technical rules that are coming in next season as it showed how challenging it is for the cars to get close enough to launch an overtake.

“Getting within one or two seconds was as close as most could get. And that’s why we wanted to change the regulations.

“We want to have cars that can race more closely,” the Briton reiterated.

Mexico City, you were fantastic!

We’re nothing without you, our amazing fans, and your continued support is what makes our sport so special 👏#MexicoGP 🇲🇽 #F1 pic.twitter.com/0vlf2vnDOK