Marko: Should be a double victory in Mexico and Brazil 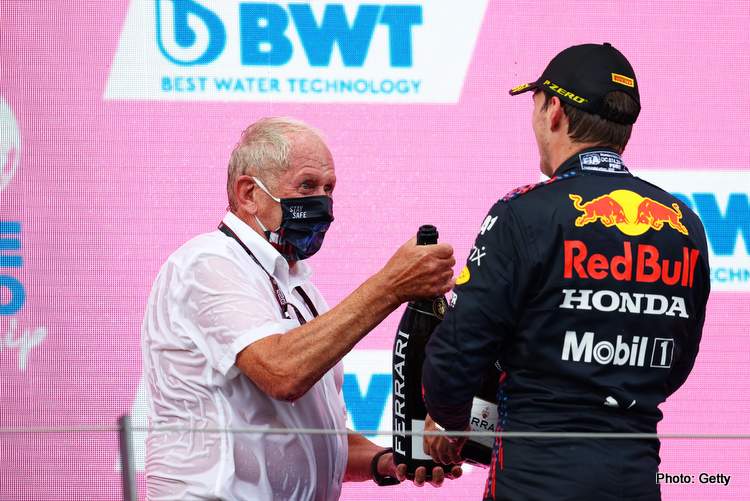 Red Bull consultant Dr. Helmut Marko is feeling confident, claiming that his team should actually achieve a double victory, as Formula 1 heads to Mexico this weekend and Brazil the week after.

Marko was talking to Auto Motor und Sport ahead of the 2021 Mexican Grand Prix, an looked back at Max Verstappen’s win in Austin two weeks ago, where Sergio Perez also came third.

“The win was incredibly important from a moral point of view,” he said. “The last three races in general. We scored more points than calculated.

“We expected a tie at most, but more likely a deficit,” Marko revealed. “Now we have a lead of 12 points. We hope that the forecasts are correct. That we have a certain favorite position in Mexico and Brazil because of the engines.”

And whether he expected a win going forward, even in Brazil, Marko said: “Yes. It should actually be a double victory.

“The height is comparable to the Red Bull Ring,” the Austrian said of the Brazilian venue. “In Austin we saw that Mercedes’ superiority disappears if we put the car in the right window.

“In Sochi and Turkey it had a lot to do with the tyre temperature,” he pointed out and admitted: “In any case, we were not on an equal footing with Mercedes. In return, our points count turned out to be very satisfactory.”

Racing has been close this year, with no one able to predict how the  title protagonists, and their teams, would compare going into each race, with Mercedes struggling in Austin while everyone thought it was their race to lose, being a prime example of the volatile pecking order.

“The current status is that we are just behind Mercedes in terms of engine performance,” Marko said in this regards.

“In the case of the chassis, it depends on the shape of the day,” but insisted: “The superiority that we had from France is gone.”

“In normal races and without accidents, we can get away with our engines,” Marko confidently claimed. “Our level of information, our hope, is that Hamilton will have to switch again.”

The man in charge of Red Bull’s Driver Program expressed faith in his team’s power unit partner Honda, who are leaving F1 at the end of this season.

“So far we have been absolutely reliable with the Honda engine,” he assured.

“You are never immune from a defect. But the engine situation is certainly more reassuring on the Honda side than on the Mercedes side,” Marko maintained.