Tech Draft: Why is F1 so desperate for U.S. acceptance? 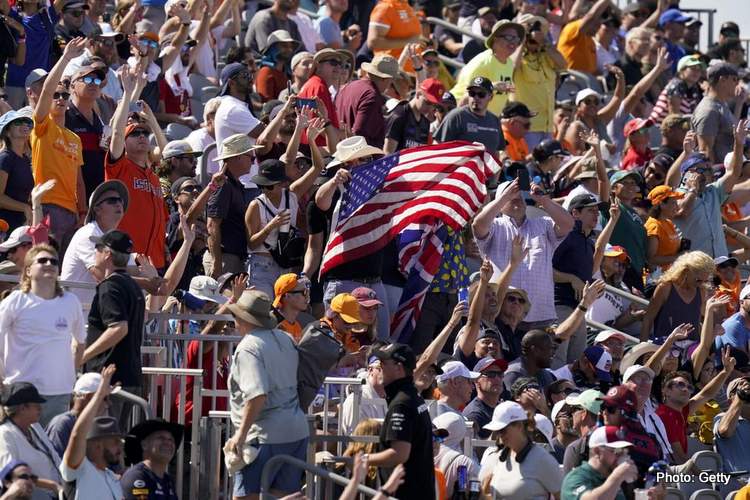 After this weekend’s 2021 United States Grand Prix it is now official, Formula 1 is so deliriously in love with The Land Of Opportunity that it will do anything for her attention, including sacrificing its soul.

The event that is the U.S. Grand Prix is fantastic, the city of Austin is a great host city full of wonderful people and culture, and even though it could arguably do with some resurfacing in areas. The Circuit of The Americas is a modern icon of a venue always supported by the hugely passionate and knowledgeable local crowds wanting their fix of what is the world’s greatest motor racing spectacle, bar none.

But, let’s make no mistake about it. Even though the attendance exceeded over 140,000 on Sunday, in general America just doesn’t get F1, and I don’t think it probably ever will.

I feel that way because I don’t think the American market cares to appreciate what F1 is and the reasons why it is what it now is.  Professional sport is appreciated differently by Americans.

For the traditional patron who is often also a purist, F1 is still and always will be a sport: a competition of excellence to determine the ultimate victor, the World Champion. It has always been the realm for the elite only and its long heritage is intrinsically ingrained into its culture.

For America, professional sport is entertainment, and also in America, entertainment is big business. Americans want more than an on-field competition of the elite, they want the noise, the emotion and the drama, and they want it every time.

Up until recent times with the Harry and Megan Show Hollywoodizing the institution of the British Monarchy, if you asked the average American what they thought about the concept of a Constitutional Monarchy, they would have explained to you how their forefathers had fought against the British empire to establish their country as it is today, free of the horrid concept of entitlement.

So much do Americans paradoxically detest the concept of entitlement that on Sunday, as he did his famous grid walk for the first time since the start of the COVID pandemic, poor Martin Brundle was forced to bravely navigate the embarrassing sea of bodyguards for those obnoxiously self-entitled by the mere concept of celebrity, seemingly only there for the one reason of being seen to be there.

Caught up in their own self-importance with no appreciation for the heritage and culture of the very sport they were in the presence of, and no intention to engage anyone outside of their self-styled caste of celebrity.

There was the odd exception, thank you Rory McIlroy and Ben Stiller!

Martin being Martin though, was dignified, and as sharp as ever with a sarcastic quip, the type that went beyond the level of comprehension of even the most intelligent of the Hollywood celeb type, if any of them actually are intelligent at all.

For those of us who love F1, there are just far too many reasons why it isn’t a sport for the ignorant.

Of course, Liberty Media and the FIA have made it well known that a very important strategy of F1 moving forward is “The Show”.

Even though we look forward to a second U.S. race on the F1 calendar next year, a street race in Miami, the hot gossip this weekend, even as hinted by F1 CEO Stefano Domenicali, is that a third U.S. race is on the cards possibly for 2023, a return to the scene of the worst Grand Prix ever held in Las Vegas, Nevada.

After Sunday’s race Lewis Hamilton gushed his love for America, indicating that the well attended event was validation that F1’s attempts to crack the U.S. market were starting to succeed.

But, at what cost?

On a weekend where record levels of celebrities who know very little about F1 and its heritage crowded the pre-race grid, no major U.S. free to air network took the option to broadcast the race to the masses.

The reality is that America doesn’t get F1, and probably never will.

Come on F1, its time to celebrate our heritage and be proud of what we are, not change and prostitute the sport so that it might be accepted by a market that doesn’t really care about who we are and what we’re about anyway.