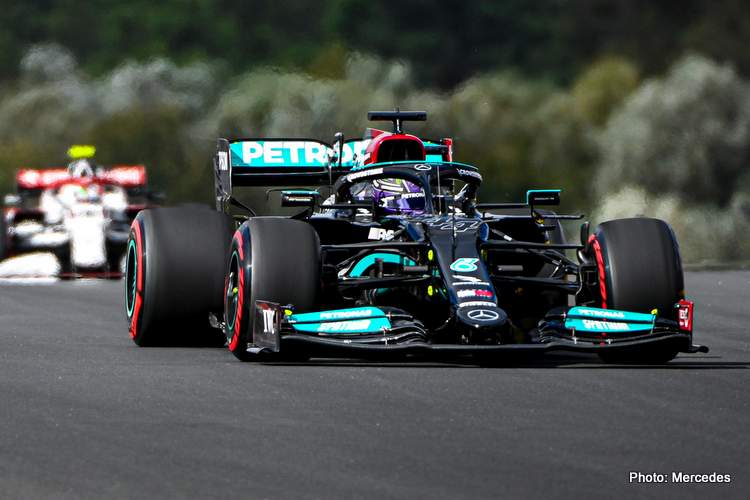 Lewis Hamilton had the perfect start for the 2021 Turkish Grand Prix at Istanbul Park, topping the time screens in FP1 with Max Verstappen chasing in a distant second.

Hamilton felt at home immediately at Istanbul Park posting the fastest time of 1:24.178, over four tenths faster than his title contender Verstappen who seemed to be suffering with grip on his stunning RB16B, probably due to tyre overheating towards the end of the lap.

The major news announced over 15 minutes into FP1, confirmed that Formula 1 championship leader Lewis Hamilton will drop 10 grid positions for the race, after taking a new Internal Combustion Engine (ICE) rather than a full power unit.

Charles Leclerc was third 0.051s off Verstappen’s time on a day where his teammate Carlos Sainz, starting from the back of the grid for taking a new power unit, was fifth two tenths adrift from the sister Ferrari.

Alpine’s Esteban Ocon has shown some handy pace, featuring at the sharp end of the time screens even while initially running the hard tyre compound. His fastest time set on softs was good for sixth place over seven tenths slower than the best time.

Lando Norris, looking to rebound from his Russian nightmare, was seventh over 1.1s slower than Hamilton in the Mercedes, as his teammate Daniel Ricciardo was in 12th 0.403 seconds slower than Norris albeit in medium compound tyres.

AlphaTauri’s Pierre Gasly was eighth with his 1:25.382 set on mediums, compared to 18th position for Yuki Tsunoda who spent quite some time in the team’s garage with his car being worked on by the mechanics. 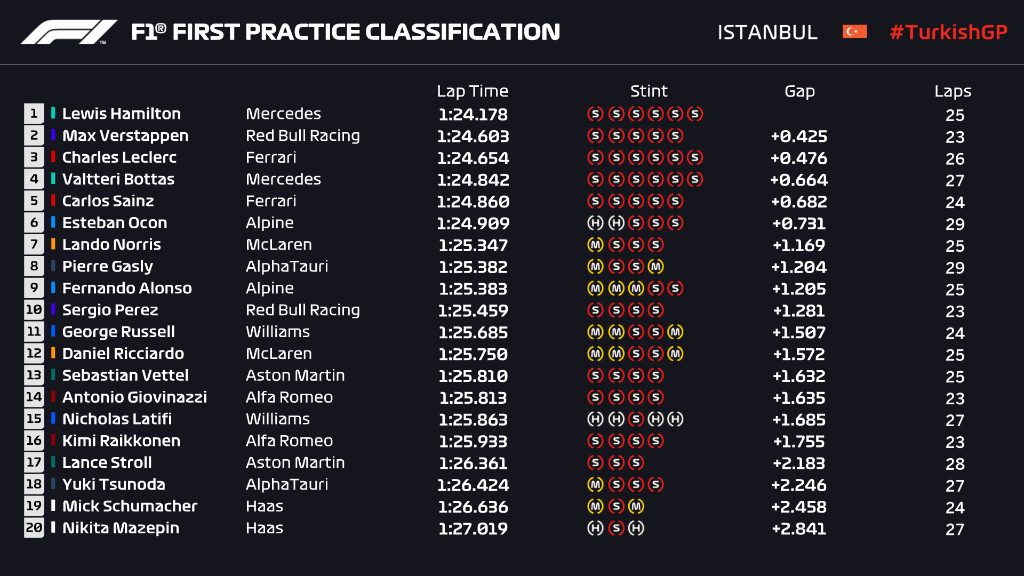