Grip is the word at much faster Istanbul Park 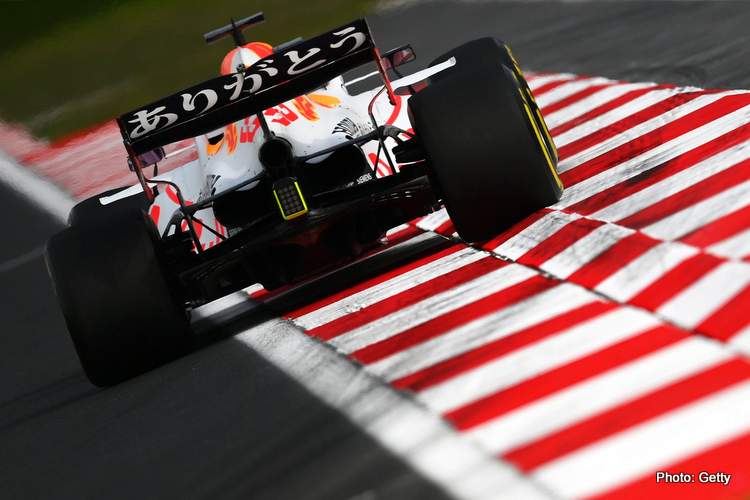 Grip, grip, grip and they like it! That’s the general feedback from drivers at the end of the first day of free practice for Sunday’s Turkish Grand Prix.

After last year’s complaints that the resurfaced track was far too slippery, organizers water blasted the entire tarmac surface ahead of this weekend with spectacular results as times on the opening day testify.

Last year Max Verstappen’s best effort in FP2 was 1.35.077s compared to Lewis Hamilton’s top time of 1.24.178s – that is an unheard-of margin of grip found thanks to the treatment given to the tarmac.

The majority of drivers were pleasantly surprised by the transformation of the track that is subbing for Suzuka, cancelled for a second time by Japanese health authorities, and could become a regular fixture on the Formula 1 calendar.

This is what drivers had to say after FP2 on Friday:

Lewis Hamilton: “The track felt so different to last year – in 2020, oil was rising from the new surface and the grip was so difficult to find. Coming into this weekend, I didn’t know what to expect when we went out there but the level of grip was intense, it was awesome. The track is so much more enjoyable to drive.”

Sergio Perez: “The amount of grip surprised me today; it is more like a standard track out there now, but it is still very challenging because the grip is not consistent. Sometimes on the entrance to the corner you have less grip than on the exit, so as a driver it is difficult to adjust to that aspect of this track.”

Daniel Ricciardo: “Firstly, it was fun, in terms of the track and the level of grip. It was so different to last year and definitely more enjoyable. I’ll be very surprised if a driver says otherwise! It’s pretty high speed and sections of it are pretty relentless, which just makes it a good track to drive around.”

Lando Norris: “Quite different conditions to what we had in Turkey last season. It feels like a different track altogether.”

Esteban Ocon: “We arrived here not knowing what the conditions were going to be like and it turned out it was much improved in comparison to last year with very high grip; probably one of the highest levels of grip we’ve experienced this season. It’s great to take on this track in these conditions and experience the layout.”

Fernando Alonso: “It seems the grip is back to normal, which is good news and it means we can have confidence in the car during a lap.”

Sebastian Vettel: “After the recent work here, it still feels very much like the same circuit but with different grip conditions.”

Nicholas Latifi: “The surface is not as I expected it to be, particularly from what I saw during the track walk at least, but in a positive way. Obviously, the grip is much higher than last year, and it actually feels much higher than most other tracks in general. Now that the grip is there, it’s a really fun circuit to drive and is very fast and flowing. It’s quite an enjoyable feeling and it’s exceeded my expectations.”