Albon: There were sleepless nights 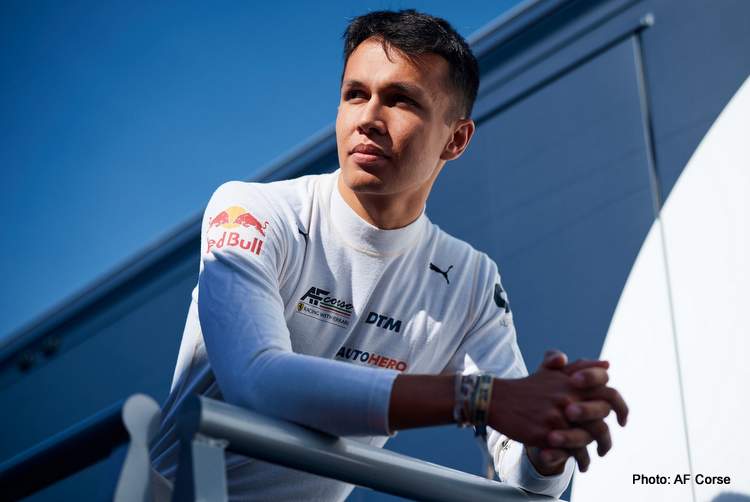 Alex Albon was parachuted into Red Bull racing to replace the struggling Pierre Gasly during the 2019 Formula 1 season, in what seemed to be a signature ruthless Helmut Marko move.

The Thai driver did enough in the remainder of that season to secure himself a full 2020 drive for the team. That however didn’t go well for Albon as he was replaced by the end of that year by Mexican Sergio Perez, as he was relegated to a reserve role within the energy drinks outfit while racing in DTM for AlphaTauri AF Corse.

It must have been a difficult year for Albon being on the sidelines of F1, but he was credited by Red Bull for the great job he did in the team’s simulator to help develop the car. As for his DTM foray, it was solid with a win to his name in Race 2 of the fourth round at the Nürburgring. He currently sits a decent fifth in the standings with only the final round pending at the Norisring that coincides with this week’s Turkish Grand Prix.

It seems that the big wigs at Red Bull were happy enough with Albon’s year, that they worked hard on getting him back into F1, succeeding in securing him the Williams’ seat vacated by Mercedes-bound George Russell, something Mercedes’s Toto Wolff was not happy about.

Albon reflected on his trying year speaking to F1.com, and how things progressed before he knew he would be a Williams driver in 2022.

“There were sleepless nights, early wake ups,” he said. “It’s one of those things coming into this year, even a month ago, didn’t sound like it was going in the right way but things worked out very quickly.

“Mostly it was just about keeping your head down,” explained Albon about dealing with the uncertainty. “People’s opinions, things like that, you can’t control. You can control what you’re doing and that for me was being involved as much as I can with the team, doing the best job that I could do off track.

“It’s hard to prove yourself when you’re not driving the car, but at least on that side, cover all your bases. Once Valtteri [Bottas] and George [Russell] were moving around, it started to spice up the market a bit – and there was an opportunity.”

Understandably, it wasn’t easy for Albon to sit in the pits watching his ex-competitors race.

“It’s been tough,” he declared. “When you’ve been in F1, and you’re at the race tracks watching it, not driving but being there, it’s tricky to sit there and relax. I got better at it during the year. At the first race, it was torture. But I got into the rhythm of it. If anything it increased my desire to be back on the grid, not just for friends and family but also the fans and everyone who has supported me – it motivated me and kept me going to get the seat.”

And despite their reputation for being the toughest on their drivers, Albon defended the Red Bull drivers’ management

“They get a bad rap for a lot of stuff,” he said. “But at the end of the day, they’ve been extremely helpful. They’ve helped me talk with Williams and get all this stuff sorted out. It’s nice to feel that trust and belief in me. I owe a lot to them and continue to do so. I’ve been with Red Bull since 2008 so it’s been a while.”

The friendship that ties Albon with Russell is well known, and it seems that it gave a gentle push to Albon’s chances of getting into Williams. Albon admitted as much saying: “I don’t think he did any Powerpoint presentations for me, on my behalf, but I know from the people at Williams, from the board and everyone, that he was pushing quite hard to get me that seat.

“So I owe him a few beers, that’s for sure. But also, just him moving out of that seat helped. I owe him one!”

Albon however is not losing focus on the task ahead, which is to help Red Bull racing and Verstappen win the epic title battle they are fighting this year with Mercedes and Lewis Hamilton, in parallel with getting ready for his F1 encore next year.

“There is still a championship to win over here, so we’re pushing flat out and I’m in the simulator a lot,” Albon acknowledged. “But at the same point on my side, getting fit, getting ready, getting my eye in for next year, getting to know the faces over at Williams, but at same time bringing us home a championship win hopefully.

“With Williams, they do think long term, and the investment that has come in, they are on the up so it’s a great time to be a part of that – and hopefully carry them forwards,” concluded the Thai with optimism for a good run with the Grove based team.

Albon has had a total of 38 Grands Prix under his belt in top flight, 26 of these where with Red Bull racing, where he scored two podium finishes in Bahrain and Tuscany last year.