Ron Dennis: I think it’s going to be Verstappen 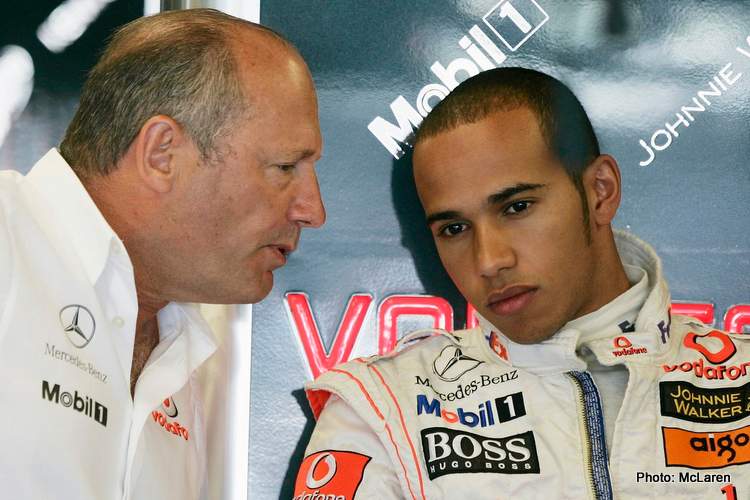 After years of media silence, former McLaren supremo Ron Dennis has weighed in with some hefty insights about this year’s fierce Formula 1 world title battle between Lewis Hamilton and Max Verstappen and is tipping the Red Bull driver to do the business.

Dennis ‘discovered’ Hamilton when the seven-time F1 World Champion was a ten-year-old karter and backed him all the way to the top of the motorsport ladder, through to his first championship title with McLaren in 2008, after his sensational rookie season a year earlier.

During his era in charge, the British team won 158 Grands Prix.

Since his departure from Woking in 2017, after 37 years at the helm of the sport’s second most successful team, Dennis went off the F1 radar completely until Sky Sport tapped him up for an interview this week about the current battle for the title.

Dennis said of this year’s contest between Lewis and Max: “I have tremendous respect for the technologists at Red Bull and I think Honda have stabilised their engine performance very well.”

The ‘technologists’ he refers to are Adrian Newey’s engineering team, the Red Bull design guru who was at McLaren from 1997 to 2005 and is credited for the design of Hakkinen’s championship-winning cars: “So I think it’s going to be Verstappen.

“If it’s not, it will be not because they lack performance but because they make mistakes. The question is, in what circumstances are these mistakes going to be made? It’s going to be a very colourful end of the season but I would probably back Verstappen.

“The rivalry is fantastic. The media hypes it up but they are constantly throwing water onto the fire. They’re trying to calm things down, they’re true professionals.

“In many sports, there is a professional foul. In motor racing, the consequences of cars touching each other is hard to predict – you don’t know if one car is going to ride over on the other, like in the Italian Grand Prix, or you don’t know if you’re going to spin off and hit a barrier.

“The reality is these two drivers are absolutely professional, they know what they’re doing and they know getting into the lead early on during the race is critical.

The former McLaren boss is founder and chairman of Podium Analytics, an NGO and charity committed to reducing injury in sport, but for F1 fans he will always be the legend who built McLaren into the potent force it was for many years under his watch.