Sainz: I believe a hundred percent in my decision 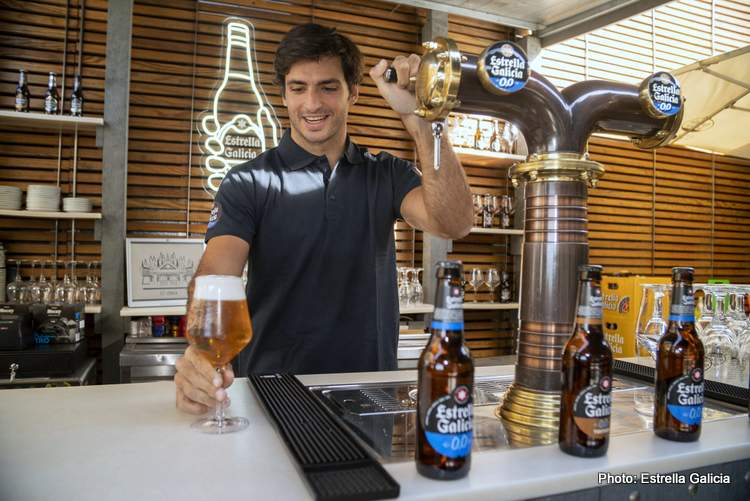 Carlos Sainz is adamant he made the correct decision to join Ferrari in 2021, departing from a resurgent McLaren, who won two weeks ago on the Scuderia’s turf, Monza.

Sainz came close to winning the 2020 Italian Grand Prix driving for McLaren, but fell short against the steely determination of Frenchman Pierre Gasly who won on that occasion. McLaren won this year but Sainz was not the one delivering the win.

Speaking during his team’s preview of the upcoming 2021 Russian Grand Prix, Sainz implied that he wasn’t losing any sleep after McLaren won in Monza while he is yet to win in a Ferrari.

“I believe a hundred percent in my decision,” Sainz assured. “We could have also won at least a couple of times, while they made the most of the opportunity that came up at the last race.

“I made my decision not based on one win, but on the entire project and I still believe that I am in the best team when thinking about the new era that Formula 1 will enter next season.”

Sainz went on the analyze Ferrari’s prospects in Sochi: “I think that, compared to our main rivals, we will struggle in the first sector, which is the quickest one. But I expect we can be equal in the second and maybe even better than them in the last one. If that’s the case, then I think we can aim at doing well in Sochi.”

His teammate, Charles Leclerc, will be receiving an upgraded power unit this race, but will start at the back of the grid. Sainz weighed in on this decision implying it was the logical thing to do.

“It’s not a problem,” the Spaniard said. “We talked about it looking at all the possible options. The driver most at risk in terms of reliability of the power unit was Charles after what happened in the Hungarian Grand Prix and so it was right that he should get it.

“I will try and fight at the front in this race, hoping that my team-mate can have a nice climb up the order. As for when I will have the update, we have not yet decided.

“We have to work out at which track it will be least disadvantageous to make the change and start from the back,” was  Sainz’s response when asked when he will be receiving the upgraded power unit.

Sainz has incorporated himself nicely within Ferrari, in a short time. He has been a close match to Leclerc and lies 7th in the drivers’ standings only 6.5 points behind the Monegasque.

Like a great mocktail, Shell V-Power race fuel requires the perfect blend of quality ingredients, each playing a crucial role to partner @ScuderiaFerrari in #F1 💪