Leclerc gets upgraded PU and grid penalty for Russia 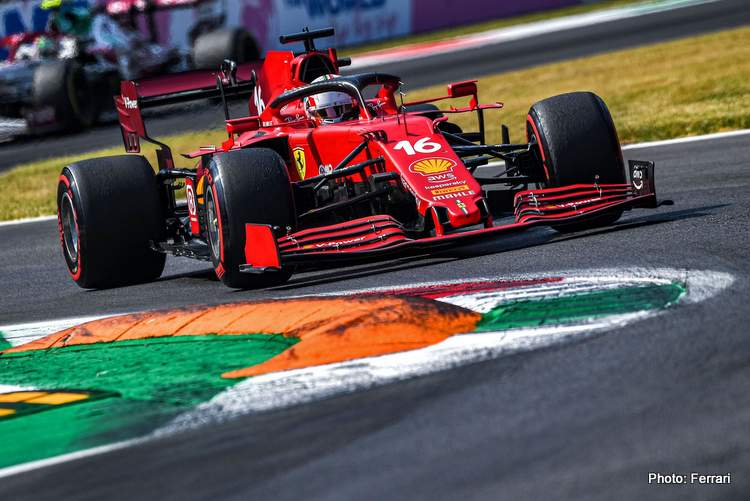 Ferrari seem to have fast tracked their upgraded Power Unit, which will be bolted on Charles Leclerc’s SF21 for the 2021 Russian Grand Prix in Sochi.

Ferrari has been struggling with a power unit believed to be the weakest in the Formula 1 grid this year. Their troubles date back to the last part of the 2019 season. At that time, rival teams were convinced that something was fishy about the Scuderia’s dominant PU and requested clarification from the FIA.

The FIA, having investigated the suspicious PU, reached a “confidential” settlement with the Italian team at the time, forcing them to revise it, ultimately costing them their power edge; a hit they haven’t recovered from yet.

It seems though, that Ferrari has been able to bring the new power unit to the 2021 Russian Grand Prix at Sochi.

“The Russian Grand Prix sees the introduction of a new technical component for Scuderia Ferrari Mission Winnow: a power united fitted with an updated hybrid system, the introduction of which was mentioned a few weeks back,” a team statement declared.

“Its main purpose is to gain experience for the 2022 car project. A great deal of effort has gone into this, both technically and logistically, and so as to be able to use it as soon as possible, its introduction will be staggered between the drivers.”

Leclerc, who will sample the new PU, will receive a grid penalty as per the statement: “Charles will be the first to have the new hybrid system. This decision is a precautionary measure relating to the potential risk of using the battery pack damaged in his Hungarian GP accident. In Sochi, Leclerc will have a brand new power unit and will therefore start from the back of the grid.”

Leclerc’s teammate Carlos Sainz Jr. will have to wait a bit more before he can have the upgraded unit.

“As to when the updated hybrid system is fitted to Carlos’ car, that will be decided following an evaluation of the right compromise between competitiveness and the impact of the penalty,” concluded the statement.

Ferrari are adamant that the 2021 F1 season is not their priority, and are pinning their hopes on 2022 to be their breakthrough year as the new aero regulations come into effect, along with a totally new power unit they are planning along with the new car.

The team has endured a tough 2020, with 2021 evidently not so better. They are 4th in this year’s F1 Constructors’ Championship on 201.5 points, 13.5 less than their closest rivals McLaren.