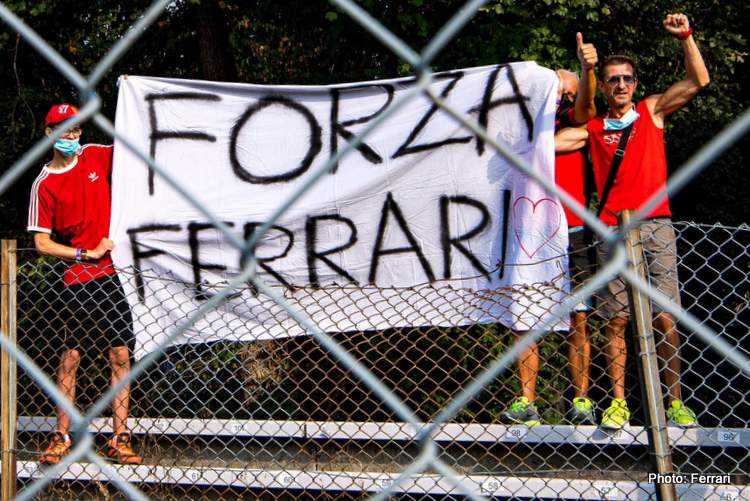 While Ferrari battle for third place in this year’s Formula 1 World Championship, the great Italian team is on course with their all-new 2022 car according to team boss Mattia Binotto who promises the Tifosi upgrades “as soon as possible.”

Next year sees wholesale changes to F1 rules with the aim of levelling a playing field that has favoured two teams in over a decade, Red Bull at first and now Mercedes.

Ferrari under Binotto’s reign, and before, have always been playing catch-up, so next year is a very important season for a team that has not won a F1 drivers’ title since 2007 and their last constructors’ championship triumph was in 2008 with Kimi Raikkonen and Felipe Massa.

But Binotto is upbeat about their prospects and updated F1.com on the status of the project: “2022 is progressing and that’s the time when you are normally freezing the chassis geometries and the entire concept of the car, suspension layout, cooling layout so let’s say the concept is certainly a lot advanced.

“While the concept is frozen the chassis is in production. It’s time we continue working on body shape, on aerodynamics, wings, bodywork etc, and no doubt we are working a lot on the power unit – the power unit next year will be brand new in concept and design…”

This year, Ferrari are out of contention for the top two spots in the F1 constructors’ title race. They are fourth, 13.5 points behind McLaren in a battle that is set to go down to the wire, as the pendulum of performance swings between the two great teams on any given race weekend.

Ferrari horsepower that took Charles Leclerc to back-to-back victories in 2019 at Spa and Monza, both power-hungry tracks, has been AWOL a long time now. This season it remains, as the last, no match for Mercedes or Honda, which puts the Reds in Alpine territory with regards to their PU.

But Binotto is confident horsepower will be found: “For us it will be important to make the most important step we can, knowing that is somehow the ultimate gap in terms of performance on the power unit.

“Objective is to try and cap that disadvantage, to close it, so that’s why on the engine we are working hard and that is a key moment where not only you need to find performance but to start to fully homologate the reliability of the product for next season.”

As for the exact roll-out date, Binotto was vague: “We are working very hard to have them ready as soon as possible. It’s a change in technology on the hybrid side. In order to introduce them we need as first to transport the materials and, being dangerous materials, we need full homologations and certification for it.

“It’s not only a matter of developing the hybrid system on the dynos and to somehow prove the reliability but there are a lot of aspects that need to be addressed to have them available on track.

“At the moment, there is not a race that is decided. It will be as soon as possible because we believe that running it as much as we can this season be of interest for next season. Hopefully, it will be in the next races, and very soon,” added the Ferrari team boss.