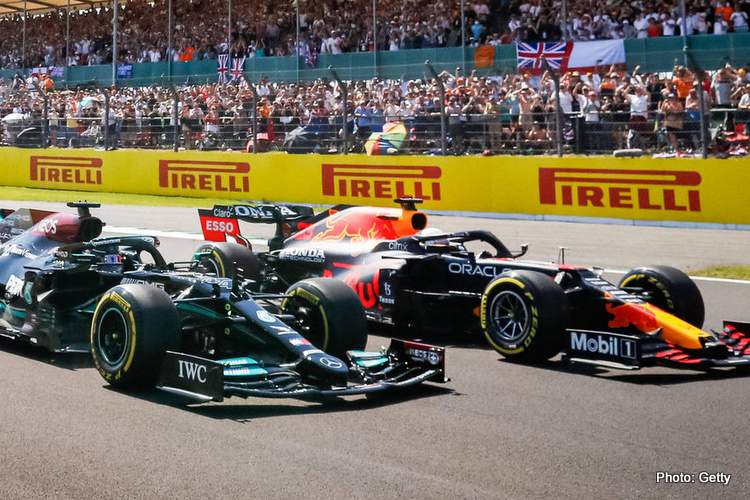 The battle for the 2021 Formula 1 World Drivers Championship is arguably the most hotly contested in recent history, and as can often happen when the level of competition increases, so does the occurrence of on-track racing incidents.

This year is no exception, and the frequent wheel to wheel battles resulting in incidents that are penalized by the Race Stewards between Lewis Hamilton and Max Verstappen during this season are a prime example of this, and whilst many feel it is necessary to apportion blame to a driver as the root cause, it is often difficult to do so.

In situations like these that are free of malice or intent from either party, the term ‘racing incident’ is often used, however, from the perspective of the Race Stewards and the FIA the term is pure fiction because it is neither defined nor referenced in the FIA International Sporting Code, the very core of how driving standards are defined and enforced in F1.

Article 11.9 of the Code defines that the role of the Race Stewards of an event is to have supreme authority for its enforcement and in the context of on-track action in a Grand Prix it is Appendix L Chapter IV - Code Of Driving Conduct On Circuits that defines what is and is not an acceptable conduct for a driver to abide by.

Section 11.9.3.a of the Code does state, though that the Stewards shall decide what penalty to enforce in the event of a breach of the regulations. What this statement means is that if they find a breach to exist, they decide on the appropriate penalty. There is no inference in this regulation empowering the Stewards, with the discretion to deem a breach of the regulations in the discourse of normal racing anything but a punishable breach.

Racing incidents simply do not exist in the regulations.

Appendix L Chapter IV 2 d) of the Code states, “Causing a collision, repetition of serious mistakes or the appearance of a lack of control over the car (such as leaving the track) will be reported to the Stewards and may entail the imposition of penalties up to and including the disqualification of any driver concerned.”

It is important to remember that the manner in which both drivers were penalized was also in accordance with the Code, and not at the discretion of the Stewards; the Codes penalty process being a time penalty applied to a driver found in breach if still competing in during the race, and a grid penalty to a driver found in breach who is no longer competing and has no opportunity to take a time penalty.

Nevertheless, the reason why the term ‘racing incident’ would never be defined in the Code and made a part of the Stewards responsibility is because the discussion regarding what is and is not malicious, intentional, or acceptable during a race is one far too complex and ambiguous to enforce at the time.

If a driver is found to be completely or predominantly at fault, they are penalized.

In the same way that a Magistrate administers the law to a charged defendant without the discretion as to when the law should and should not apply, so too are the Race Stewards devoid of the ability to deem an incident a ‘racing incident’.