Inside Line: Of a World Champion and a Young Gun 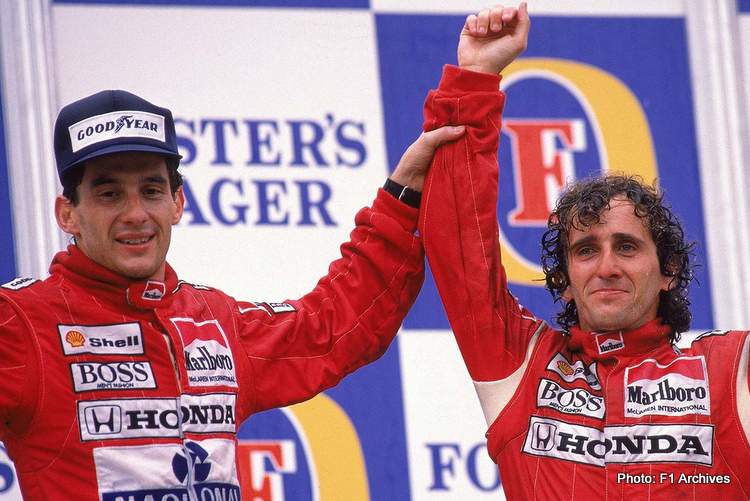 The much-deserved signing by Mercedes of George Russell to partner Lewis Hamilton in Formula 1’s most dominant team, invariably conjures historical comparisons with similar situations, when a World Champion welcomed a Young Gun to a big team.

Looking back on F1 history, Alain Prost welcoming Ayrton Senna to McLaren in 1988 has interesting parallels and lessons the two Mercedes drivers will consider ahead of next year.

In 1987, Senna was toiling away at Lotus as McLaren and Williams dominated F1 in almost the Merc-style of today; teams everyone wanted to drive for at the time, serial winners.

At McLaren, Prost was the lead driver with Stefan Johansson in the other car.

By the end of that season, they were trounced by Williams whose Nelson Piquet and Nigel Mansell finished first and second in the championship, scooping the ’87 F1 constructors’ title as well.

Senna was third in the Lotus, Prost fourth and Johansson sixth.

At this point, Ron Dennis realised he needed to bolster his driving line-up for ’88, deciding Johansson was not up for the task.

The ‘war’ that followed spawned one of F1’s most revelled and fascinating legends, which got turned into the Senna movie and remains one of the most epic chapters of the sport’s history.

Perhaps the benchmark of conflict at the highest level of our sport.

For the dust to settle it took Prost walking away from a booming McLaren team, which simply was not big enough for two such huge characters. Ron made his choice.

Eventually, when the dust, smoke and tears did settle, Senna had orchestrated a proper coup d’etat at McLaren, with Prost abdicating at the end of 1989, taking that’s year’s F1 title to Ferrari with him. Leaving the Brazilian he recommended a few years earlier in the Woking driver’s throne.

Russell teaming up with Hamilton sets the stage for many talking points ahead of next season and is sure to grab headlines when it all becomes a reality at the opening race of the 2022 F1 world championship season.

How will Prince George measure up against King Lewis? Will it be tense or calm? Who will emerge most scathed? Or will they live happily ever after? Who will walk first? And how long until they do? So much on the cards, to unravel next season.

Whatever the case, Hamilton and Russell will forge their own legacy, with the Senna-Prost F1 history lesson to tap into for direction should times get tough. Beyond that, it’s a partnership made in F1 heaven for the sport.