Wolff doubts Sprint Races are the way to go for F1 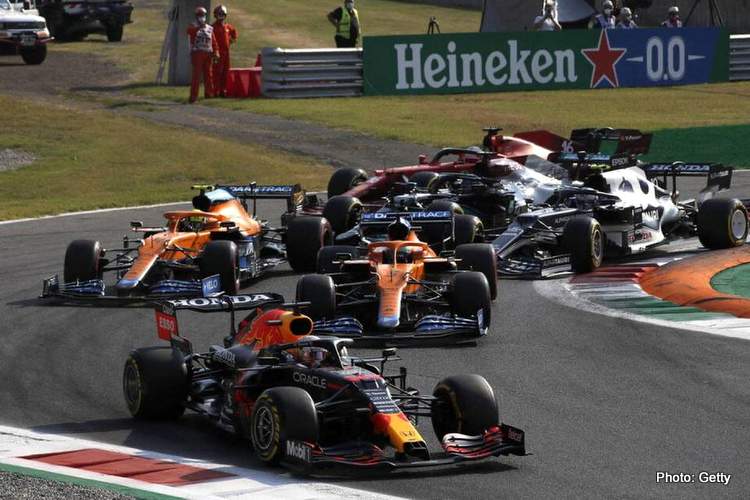 Mercedes team boss Toto Wolff dismissed Formula 1‘s experimental Sprint Race format as ‘not fish, not meat’ and said it was not doing much for the sport either, suggesting an alternative format.

The 100km qualifying race on Saturday was trialled for the second time at this weekend’s Italian Grand Prix at Monza, but drivers struggled to overtake in what was largely a procession apart from a melee on the first lap, which prompted a safety car when Pierre Gasly crashed.

Thereafter it was not much of a race. At the start, Mercedes’ seven-times F1 world champion Lewis Hamilton made a poor start and ended up fourth on the grid for Sunday’s main race, with title rival Max Verstappen putting his Red Bull on pole.

Valtteri Bottas won the sprint for Mercedes, leading all the way, but the Finn will start last on Sunday due to engine penalties.

Asked for his opinion, Wolff told reporters he felt “the experiments are diluting the DNA of the sport as a meritocracy. I think the sprint races was worth the try, not sure we will keep them.

“Reverse grids can be done in junior formulas where you want to see the overtaking abilities of drivers but its not something we should even come close to in Formula 1.”

Wolff said his preference would be to reduce the amount of practice time: “Start Friday afternoon with FP1 (first practice), do a Saturday morning FP2, do a conventional qualifying like we do and a fantastic grand prix on Sunday.”

“And maybe you want to do some warm-up on Sunday morning, to have a little bit more spectacle for the people. I would just shorten the free practice sessions so there is more variability in the results, keep the rest like it is.”

The Austrian said everybody was confused with the sprint format and it “doesn’t give a lot of benefit” because nobody was prepared to take a serious risk.

F1 has scheduled a third sprint for Brazil in November, and Wolff agreed the sport should give it another try and see if anything changed.

F1 managing director for motorsport Ross Brawn said it had been a “little bit quiet” at the front of the field but that happened in races anyway and the potential was evident.

“I think it’s added to the whole weekend,” he said.

Brawn said drivers had been generally positive but some felt there should be more reward for the sprint and also more jeopardy: “If we’re doing that, then maybe a stand-alone event is a consideration. Qualifying on a Friday, race on a Sunday but a stand-alone event with some decent reward but maybe a little bit of jeopardy in the grid and how you start it.