Inside Line: Silly Season to explode with Bottas decision 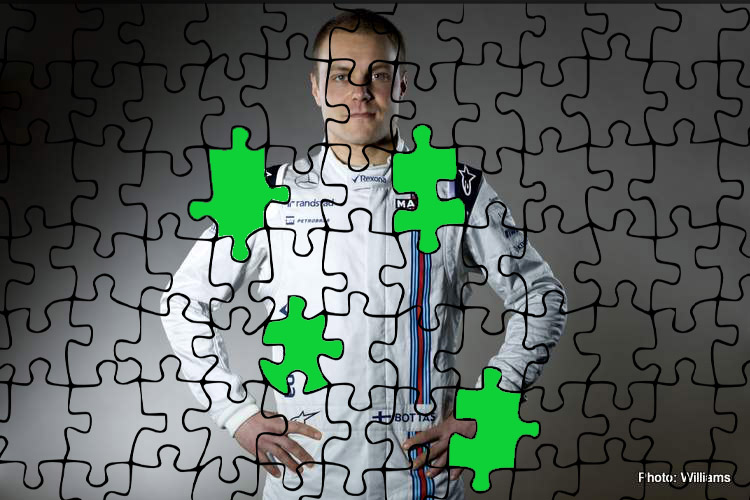 Formula 1’s Silly Season is set to explode when Mercedes make a decision on George Russell or Valtteri Bottas to be Lewis Hamilton’s teammate next year.

It is more than well known that Bottas may well be on his last season with the World Champs despite doing nothing wrong for the team he joined in 2017, in fact, he is acknowledged as F1’s best wingman and Mercedes have not lost a title since he has been on board.

However, the rise and rise of Russell cannot be ignored by puppet-master Toto Wolff who is sure to have the last say on who goes where, with the smart money being that Russell gets the nod to become a Mercedes driver, with Bottas supposedly going to Williams. In other words, a swap.

But our respected colleagues at RaceFans, who seldom report on speculation and rumours, have kicked the hornet’s nest by suggesting permutations that have not been considered before.

They claim that Bottas is actually heading to Alfa Romeo (aka Sauber) to replace Kimi Raikkonen who, it is claimed, will bring his career in the top flight as a driver to an end. In other words, Finn for Finn.

Also out at Alfa, apparently, is Antonio Giovinazzi who has not quite cut the mustard in F1, struggling to beat a Raikkonen who is well past his sell-by date. The Italian, backed by Ferrari, will reportedly remain as a third driver while spearheading the Scuedria’s Hypercar foray in WEC. In other words, Giovinazzi’s F1 career will be over.

Coming into the all-new Alfa line-up is said to be Nyck de Vries, the Formula E winner has for a long time made a valid case to be in F1 and, thanks to the Mercedes connection, has the funding to be placed with Frederic Vasseur’s team. Thus it will be Bottas and De Vries at Hinwill next year.

Meanwhile, also back in the mix, supposedly, is Red Bull backed Alex Albon who is reportedly (and surprisingly) earmarked to replace Russell at Williams, with Nicholas Latifi staying on at Grove.

The latter two are new ingredients to the F1 Silly Season stew but remains just speculation until Wolff wakes up one day and decides it is time to confirm Bottas’ exit, which in turn will complete a major piece in the jigsaw puzzle that is currently next years grid.

Obviously leaving Mercedes, Alfa Romeo and Williams yet to confirm their driver line-up for next year. The latter two teams appear wholly dependent on the Mercedes/Wolff decision regarding their drivers.

An announcement by Wolff was expected before Spa-Francorchamps but without explanation for the delay, suggesting that much behind-the-scenes manoeuvering is going down to make the pieces fit the puzzle.

Albon’s return is something of a surprise, but not unprecedented for Red Bull to place a driver outside of Red Bull or AlphaTauri (Toro Rosso) as they did with Daniel Ricciardo with HRT back in 2011. Interestingly the Thai driver will be using Mercedes power if indeed he does go to Williams.

De Vries has unexpectedly emerged as an F1 candidate but, at the same time it is fair to say, the 26-year-old Dutchman has long ago made a case to be in the top flight. He is regarded as one of the most talented drivers of his generation who has ticked just about every box there is in his rise to the top and will be a welcome addition to the grid.

Bottas at Alfa Romeo suggests an end to his tenure with Mercedes power which the Finn has used since 2014, prior to that he drove a Williams with Renault engines while, for Russell, he is simply next in line of succession Mercedes have for their junior drivers.

For Hamilton, a new teammate will have massive repercussions as he faces a young gun for the second time in his Mercedes career, having ‘owned’ Valtteri throughout their time together with the World Champion team. The Finn a compliant and hassle-free teammate.

Russell, on the other hand, rising fast as a future star has all to prove in the garage next to Lewis and while the 23-year-old will learn plenty in the shadow of one of the greatest drivers in the sport’s history, make no mistake that the younger of the two Britons will be a far different option to the driver he replaces, as heirs tend to be. Betaing his teammate will be a top priority.

In closing, Wolff holds all the pieces of this Silly Season jigsaw and now we wait until he deems it worthy to reveal the sport’s most anticipated secret and, with it, kick start a musical chairs dance that will determine who is left sitting and who will do the walking in 2022. Watch this space!