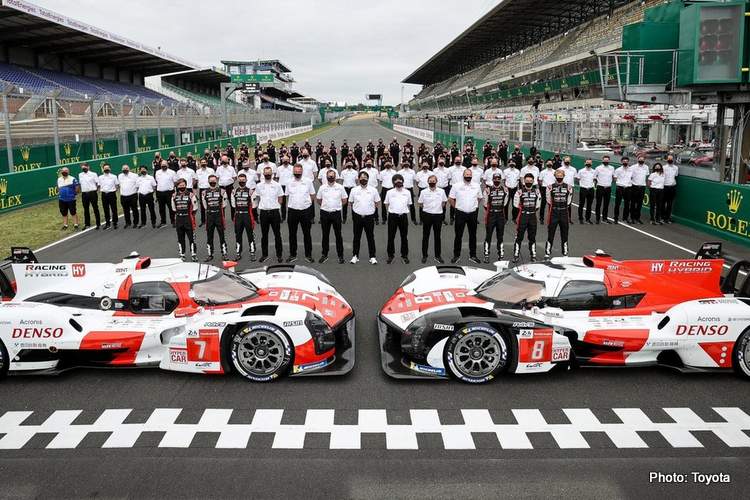 The 89th edition of the fabled 24 Hours of Le Mans marks the arrival of the Hypercar regulations with Toyota, Alpine and Glickenhaus already on board and a host of manufacturers announcing plans to join the new class in 2022-2023.

The potential driving opportunities that will arise by the influx of new teams are keeping drivers everywhere on the edge of their seats.

Every driver line-up at the 24 Hours of Le Mans offers three spots. Multiply that by two, and it might make seven, as teams add a reserve or test driver to the six-driver line-up.

So with Toyota, Alpine and Glickenhaus already entered this year, and Peugeot, Audi, Porsche and Ferrari announcing plans to join them by 2024, what goes through a driver’s mind? That there are some golden opportunities up for grabs!

Although Peugeot has already signed its seven drivers, there are still lots of empty seats to fill, especially with other marques likely to add their names to the list.

Perhaps the best way to get noticed by a potential employer is to dazzle them with your skills. There are a few names being dropped on the grapevine this year, including rookies, upcoming or seasoned Formula One drivers, single-seater specialists, and old hands.

Ferrari Driver Academy member Callum Ilott is a Formula 1 contender. Yet he is racing at Le Mans with the #80 Ferrari 488 GTE Evo.

“Iron Lynx offered me the opportunity to race just over a month ago, and after my recent experience in the GT World Challenge, it was clear that the GT was not a bad thing for me. After discussions with Andrea Piccini, the team boss, it all fell into place. I’m grateful to the team and I’m excited to be here,” explained Illot.

However, the British driver feels it’s too soon to talk about Ferrari’s potential Hypercar plans or any part he might play in them.

“At the moment, I’m here for the GTs, as a test driver for Ferrari and a reserve driver for Alfa Romeo Orlan in Formula One. The Hypercar is a very big and interesting project for Ferrari and for the Championship, and it’s incredible for the world to see. But it’s too early for me to be involved in it yet.”

Another Formula 1 name in the running for an official place at the wheel of a Hypercar is Nyck de Vries (#26 Aurus 01-Gibson), who won the Formula E title this weekend – the electric single-seater world championship.

Stevens is very clear about his intentions: “Hypercar is going to be a great opportunity for all the drivers – the place to be in endurance racing. It’s something I definitely want to be involved in!”

With F1 testing severely curtailed, Formula 2 season short with relatively little track time, Hypercar teams and the race and testing programme offer an alternative stage for drivers to shine and be noticed.

This triggers memories of how Mercedes ran their endurance campaign in the early nineties, mixing the team with experienced drivers and promising youngsters, the latter of which were Heinz-Harald Frentzen, Karl Wendlinger and of course Michael Schumacher.