Russell: I literally shed a tear earlier, it all just came flooding out 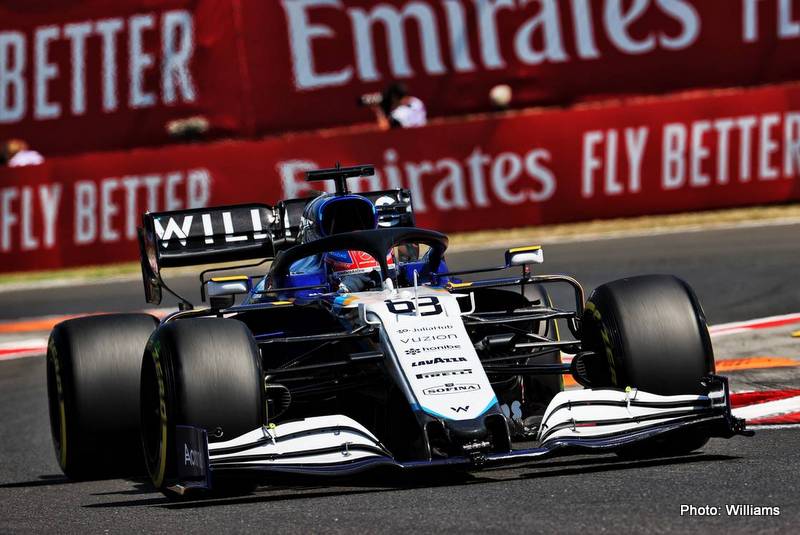 George Russell scored his first points for Williams on Sunday, and shed a tear, as his struggling former champions enjoyed their best day in Formula 1 since 2017.

The Briton, who could become a Mercedes driver next season if Valtteri Bottas is dropped as Lewis Hamilton’s teammate, finished eighth behind seventh-placed Canadian teammate Nicholas Latifi.

The two Williams drivers finished eighth and ninth on the road but were promoted after Sebastian Vettel was disqualified.

Williams had not scored a point since 2019 and the last time they had two cars finish in the top 10 was in 2018, when Canadian Lance Stroll and Russian Sergey Sirotkin finished ninth and 10th at Monza.

They had not taken so many points from a single race since 2017, when they ended the season fifth overall, but were helped on Sunday by opening lap collisions that removed several of the usual top 10 finishers.

“I literally shed a tear earlier, I don´t know literally where it came from; it all just came flooding out,” Russell told F1 television.

“It does mean so much more than just scoring points. When you´ve been fighting for this for so long, at one point you just think: is it ever going to happen?”

Russell had scored points before, but with Mercedes in Bahrain last year when he also finished ninth as a stand-in for Hamilton when the champion was sidelined with COVID-19.

Latifi ran third for a while but always knew he was never going to be able to hold on to that.

Williams have finished last in the standings for the past three years but have now lifted themselves ahead of Alfa Romeo as well as Haas.

We dug in and we kept on fighting 💪

We’ll keep building on this. See you after the break 💙 pic.twitter.com/eKAnlZqAdq