Wolff: Red Bull comments were below the belt 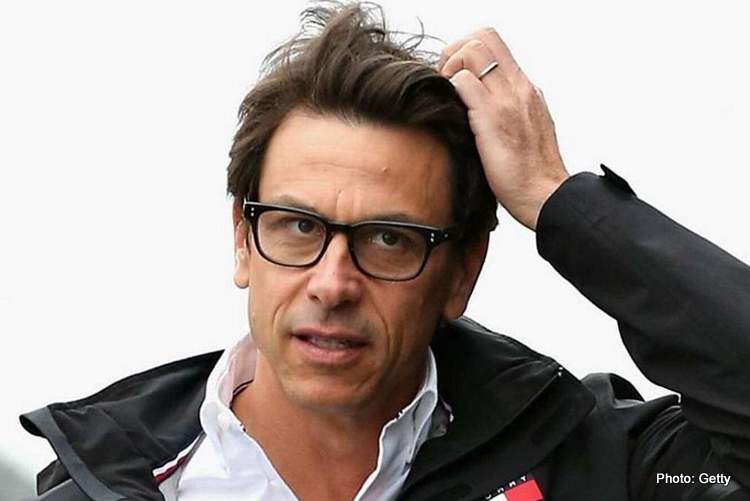 Mercedes reacted to Red Bull’s request for a review of the lap one shunt at Silverstone two Sundays ago with a swipe at their rivals, accusing them of trying to tarnishing Lewis Hamilton’s reputation.

It was an indirect and scathing attack on Red Bull bosses Christian Horner and Helmut Marko. This is what they had to say in that response: “The Mercedes-AMG Petronas F1 Team welcomes the decision of the Stewards to reject Red Bull Racing’s right of review.

“In addition to bringing this incident to a close, we hope that this decision will mark the end of a concerted attempt by the senior management of Red Bull Racing to tarnish the good name and sporting integrity of Lewis Hamilton, including in the documents submitted for their unsuccessful right of review.

“We now look forward to going racing this weekend and to continuing our hard-fought competition for the 2021 FIA Formula One World Championship.”

That was released yesterday afternoon by the World Champions ahead of the Hungarian Grand Prix weekend, today Mercedes boss Toto Wolff took it a step further with remarks he made to reporters at Hungaroring.

Asked to explain the tone of the statement, Wolff said: “I think we wanted to bring a little bit of respect back to the discussion, we understand that emotions can run high, and it is always a matter of perspective and perception but we felt that that line was overstepped.

“I think the remarks that were made during and after the Silverstone Grand Prix were just elaborated further in the document and not always looking at the incident only, but giving it a wider taste and that was, beyond other things, just a step too far.

“Words like ‘amateurish’ should have no place, and what it triggered was an avalanche of comments in social media, a lot of controversy and added to further polarisation and I think we as a sport, we should do the contrary. We should de-escalate…” he added when talking to Sky F1.

Asked if he expected an apology to diffuse the bitterness that the incident triggered in both camps, Wolff replied: “I think everybody needs to decide whether they want to apologise or not.

“We felt that comments that were made during and after race and in written statements and in the meeting itself were below the belt. But it’s not up to me, nor would Lewis want to demand any apologies,” insisted Wolff. (Additional reporting by Agnes Carlier) 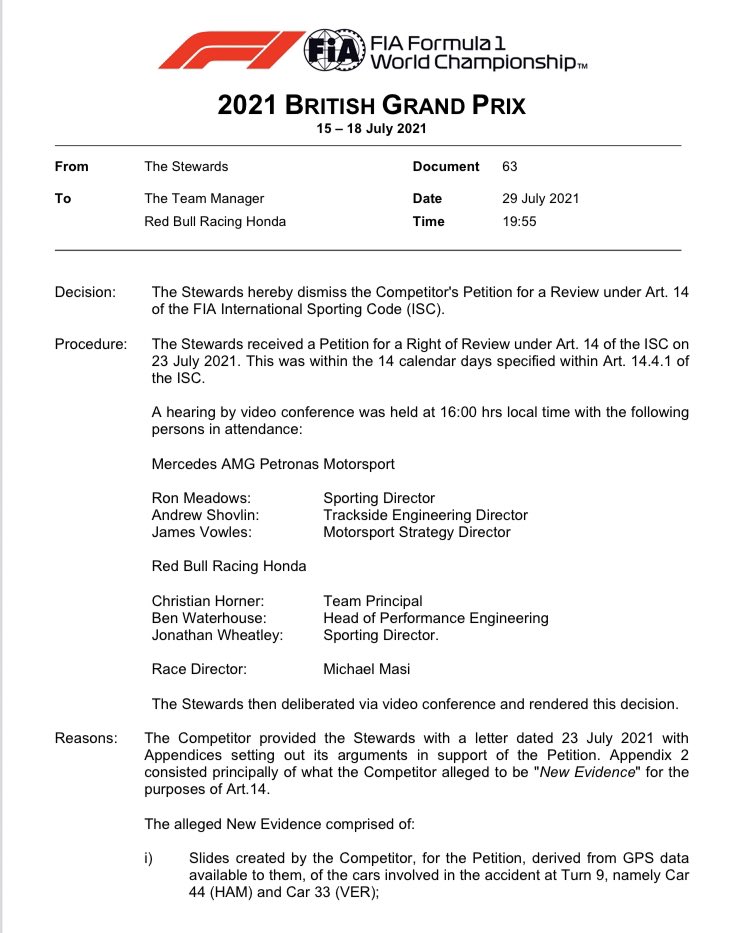 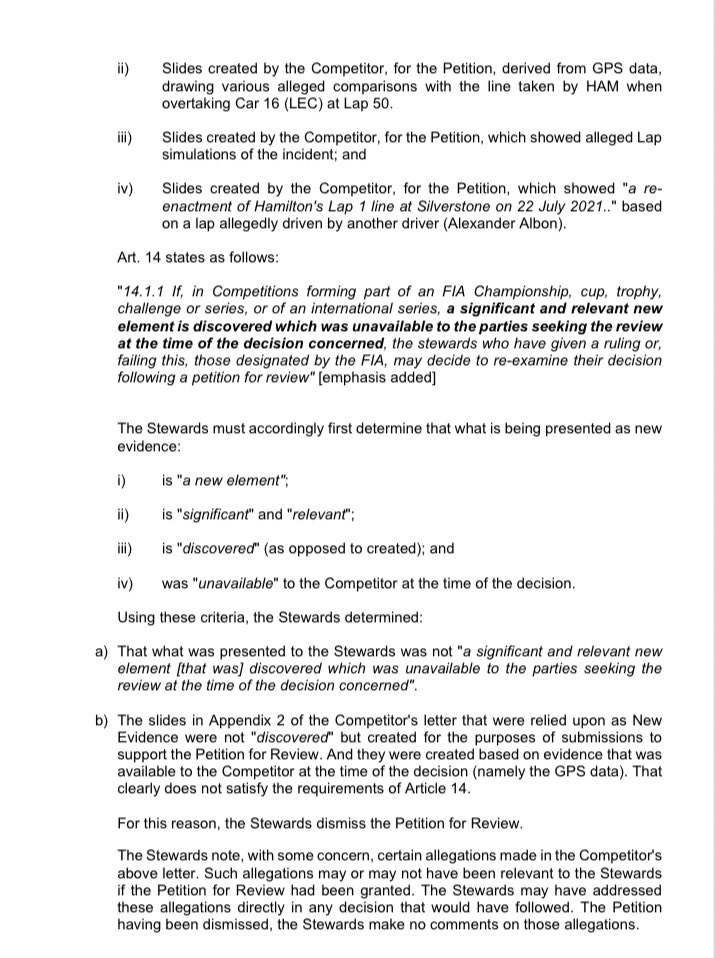