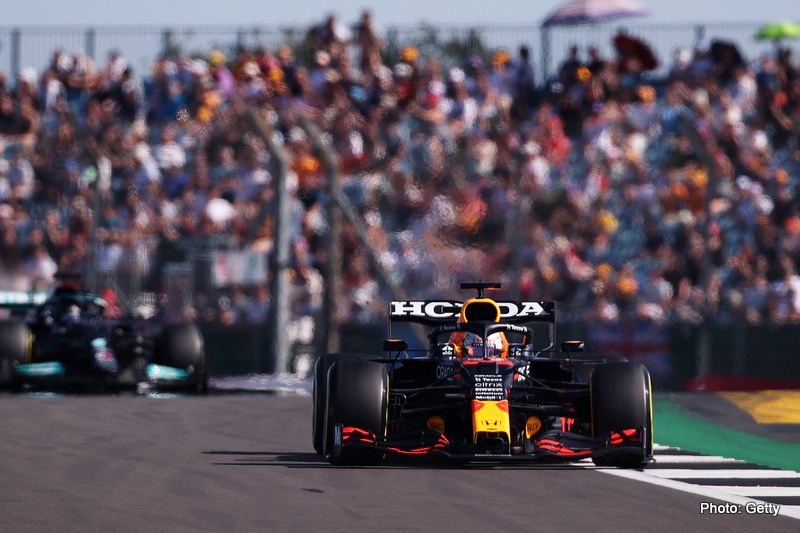 Max Verstappen claimed the first ever Sprint Qualifying pole ahead of the British Grand Prix at Silverstone after jumping Lewis Hamilton off the line.

With Hamilton starting from the front, Verstappen got the better launch and took the lead, a lead that he never relinquished.

The 36-year-old did attempt to get back past on the opening lap, going close into Brooklands and Copse, but he could not make a move stick and had to settle for P2.

Valtteri Bottas finished where he started in third, a quiet 17 laps for the Finn, with Charles Leclerc much of the same in fourth. Leclerc’s pace was impressive, but he was not a real threat for the top three.

Red Bull looked to have the pace advantage, with Verstappen extending his advantage to three seconds at one point, although Hamilton did cut that down in the closing laps.

Both drivers were suffering from blistering on their front rights towards the end of the stint, a factor that could play a role in tomorrow’s Grand Prix.

“I got off to a really good start and that was a great fight with Lewis early on,” Verstappen said afterwards. “You could see we were pushing hard as there was lot of blistering on our tyres. I think tomorrow will be a very exciting race and we’re looking forward to it.”

“First of all, let me say thank you to the fans, their energy is amazing,” Hamilton added.

“I gave it everything today, I’m just sorry I couldn’t win it for them. Tomorrow we will fight again, but they are just so strong.”

It was a less successful outing for Sergio Perez, who was forced to retire late on due to the damage he picked up from a lap six spin. Perez fell behind Fernando Alonso and Lando Norris at the start, and spun while following closely in the dirty air.

Norris had been struggling to get past Alonso, but managed to make a move stick on lap seven on his way to P5, with Daniel Ricciardo overtaking the Spaniard a couple of minutes later to claim sixth. Alonso held onto seventh despite feeling pressure from Sebastian Vettel in eighth, while George Russell did a brilliant job to keep hold of ninth and keep pace with the two champions ahead of him.

Esteban Ocon rounded out the top 10 after passing Pierre Gasly in the closing stages, with the Frenchman also unable to hold on to 11th thanks to a recovering Carlos Sainz. The Ferrari man had early contact with Russell and dropped back to 18th, but did well to finish just outside the top 10.

Kimi Raikkonen ended up 13th, doing his damage on the opening lap before holding off those behind him well, while Lance Stroll made up one place to come 14th.

Mick Schumacher won the battle of the Haas drivers and was 18th, with Nikita Mazepin spinning after contact with his teammate on the opening lap. He was 19th, with Perez a lap behind after retiring. 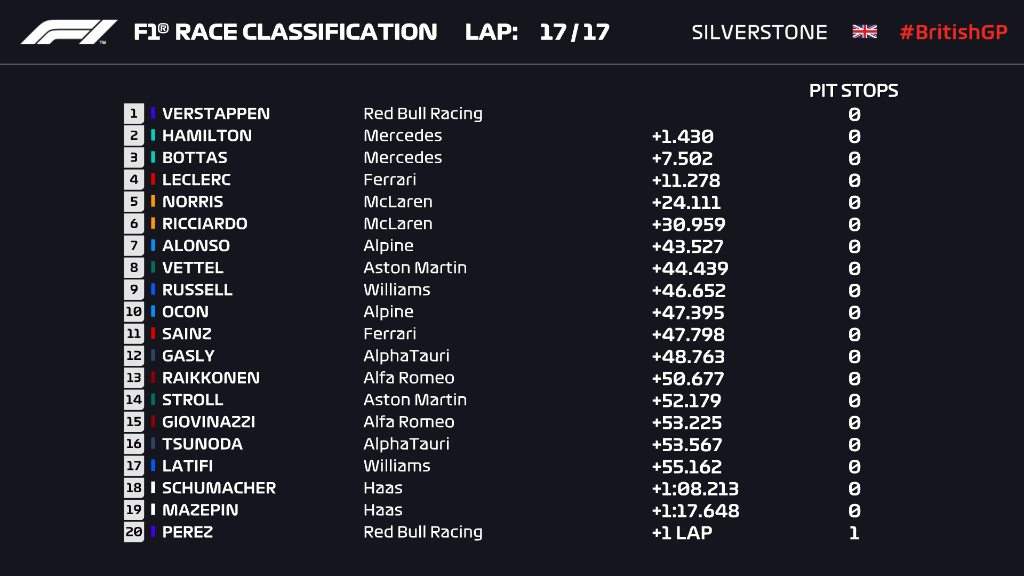