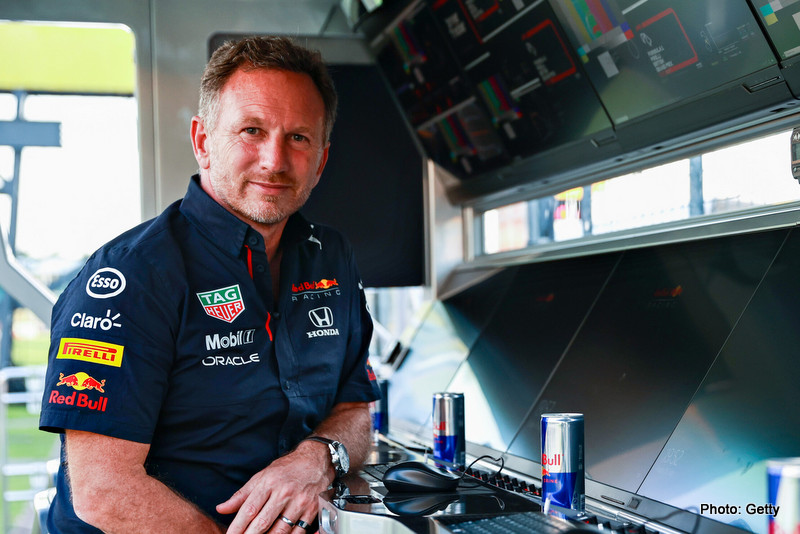 Christian Horner is aware of the challenge on Red Bull’s hands at the British Grand Prix this weekend as they look to secure a sixth consecutive victory.

With Hamilton 32 points adrift in the drivers’ championship, a win at this circuit would reignite his title bid, while a win for Verstappen at a Mercedes stronghold would prove an ominous sign for the seven-time world champion.

Speaking in the FIA press conference last night, Horner was surprised to learn just how dominant Mercedes have been at Silverstone and described the task of trying to beat them as “a different challenge”.

“I didn’t realise it was nine consecutive poles but I think that really sums it up,” he said.

“This has been a complete powerhouse and stronghold for Mercedes and particularly Lewis, who has been phenomenal around this track over more than a decade. So yeah, it’s a different challenge, it’s a big challenge.

“Obviously had a reasonably sensible first session but it’s a different weekend, a different format, there’s more at stake. 29 points available this weekend and yeah, we’re under no illusions. We’ve got to keep the momentum rolling. We’ve got to keep the results coming in and obviously keep the pressure on. We’re not even at the halfway point in this championship so there’s a lot of racing still to come,” Horner concluded.

Qualifying was shifted to Friday in order to accommodate the first ever Sprint Qualifying session, which takes place at 16:30 local time on Saturday and will set the grid for Sunday’s Grand Prix.