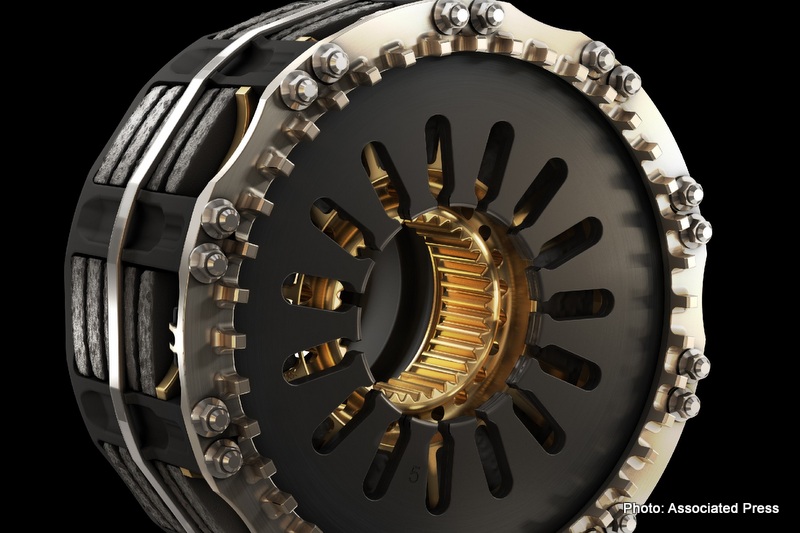 The 2021 British Grand Prix will include the very first 100km sprint qualifying sessions in the history of Formula 1, with the result set to determine the grid for the Grand Prix.

As a result of the strict technical and operational regulations under which the sport is administered, some changes and exemptions to the sporting regulations have become necessary to allow this to occur.

The grid for the sprint race will be set in accordance with the results of a qualifying session that will be held on Friday afternoon, after FP1.

Parc Ferme conditions apply after the qualifying session, effectively a day earlier than they would on a normal Grand Prix weekend.

Alpine, Aston Martin, McLaren and Alfa Romeo have voiced their concerns to the FIA regarding this and the effect that this may have on the normal life cycle of their clutch assemblies.

An F1 uses a very small, light and capable clutch unit. It is a four piece carbon/carbon plate assembly housed in a billet machined titanium housing with an outside diameter of 100mm, a length of 120mm and a mass of 1.2kg. It has an operational life of between 450-600km and is capable of transmitting around 1,200Nm, built to tolerate up to 26-28 launches from standstill and the friction plates operate at temperatures up to 1200°C.

The advantages that a modern F1 clutch provides are linear and predictable wear, high operating temperatures and a very low rotational inertia.

F1 clutch units are usually supplied by technology partners such as AP Racing and Sachs and are very expensive with a single unit costing somewhere between £7,500-10,000.

In normal operation an F1 clutch is continually wearing and progressively slipping and due to this F1 teams will usually shim a clutch after FP2 on a normal GP weekend to help mitigate slippage and ensure optimal life of the assembly.

While there are teams with longer life clutches, under the FIA F1 regulations, a clutch assembly is a homologated part. It is homologated pre-season and its design can only be changed during a season with the FIA’s approval under extenuating circumstances.

Yesterday a meeting between team managers and key FIA and F1 personnel was held at the Red Bull Ring to discuss these concerns that some teams, particularly those mentioned above have in relation to clutch life during sprint race weekends.

As a result of the meeting the FIA determined that no exemptions to Parc Ferme conditions will be made on sprint race weekends for clutch shimming to occur and that while clutch change out will be allowed, it will only be so when sufficient data is supplied by any team applying for an exemption the clearly demonstrates excessive wear is occurring.

The result of this resolution is that the teams affected by this have indicated they will need to reduce operational mileage throughout the weekend, and in particular seriously consider missing FP2 altogether.

In the words of Aston Martin team principal Otmar Szafnauer: “The clutches we use have been built with a different purpose and need new washers and maintenance after 300 km. If this aspect of the Sprint Qualifying had been clarified before the season, we would have planned them differently.“