Austria FP1: More of the same for Verstappen, Merc struggle 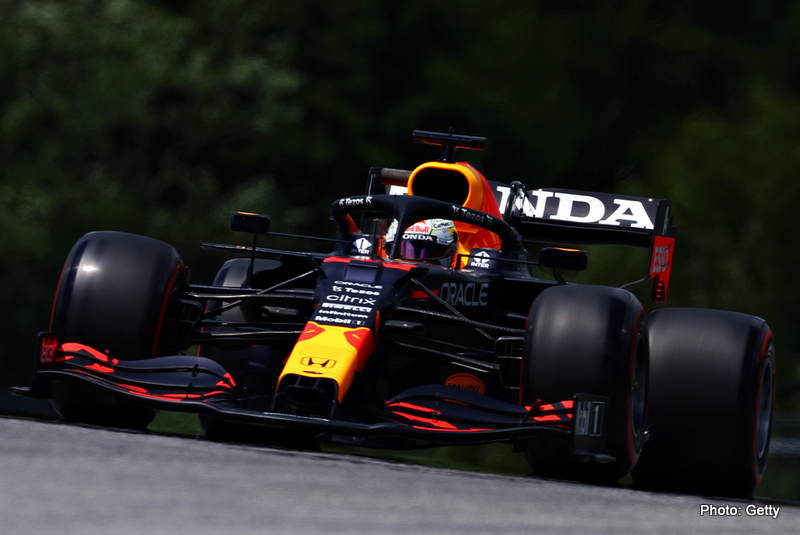 Max Verstappen continued to show his dominance at the Red Bull Ring as he topped the timing sheets during FP1 for the Austrian Grand Prix.

Fresh off his fourth win of the season at the Styrian Grand Prix, Verstappen finished more than two and a half tenths clear of Charles Leclerc in second after setting a best lap time of 1.05.143, with the Monegasque just edging teammate Carlos Sainz into third.

Mercedes, who suffered one of their worst defeats of the turbo-hybrid era last time out, did not have the ideal start to the weekend, with Valtteri Bottas fourth and Lewis Hamilton back in seventh.

The presence of Pirelli test tyres perhaps hid the true pace order, but the early signs are that Mercedes have not been able to find a chunk of time since Sunday.

Yuki Tsunoda continued his strong form at the Red Bull Ring by going fifth quickest, just ahead of Kimi Raikkonen in sixth, who narrowly missed out on the points last weekend.

Sergio Perez was eighth, the Mexican again struggling to keep pace with his teammate, while Pierre Gasly and Lando Norris rounded out the top 10.

Esteban Ocon and Daniel Ricciardo were 11th and 12th respectively, with both drivers in need of a strong weekend after a very disappointing outing at the Styrian Grand Prix.

Lance Stroll had a particularly difficult session despite finishing 13th quickest, with the Canadian spinning twice and burning through a set of tyres in the process.

Guanyu Zhou, starting his first free practice session in place of Fernando Alonso, did a very respectable job in 14th, with fellow stand-in Callum Ilott only a couple of places back in 16th.

Sebastian Vettel was 15th, with Mick Schumacher 17th, ahead of Roy Nissany and Nicholas Latifi in the Williams, and teammate Nikita Mazepin, who was 20th. 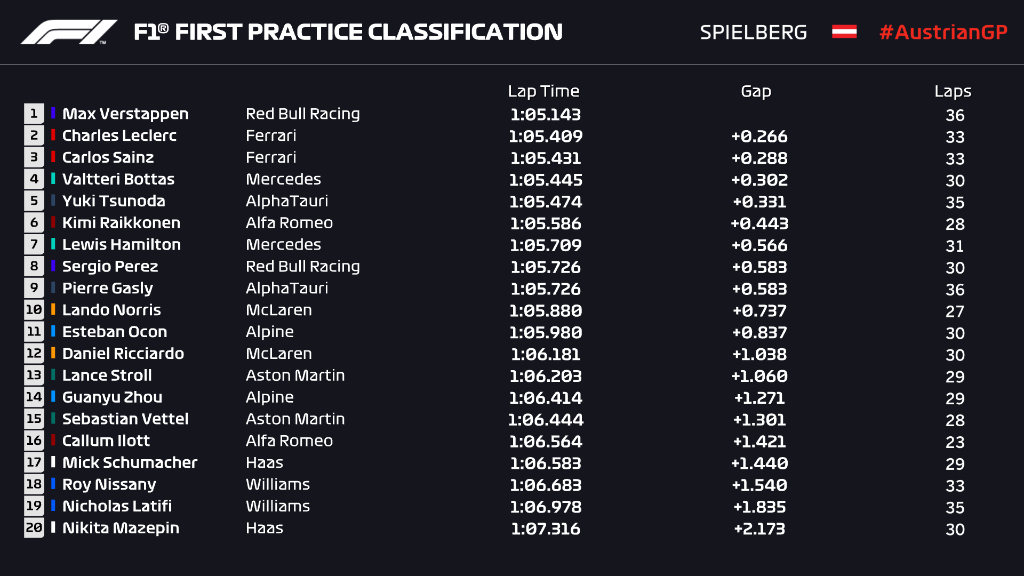