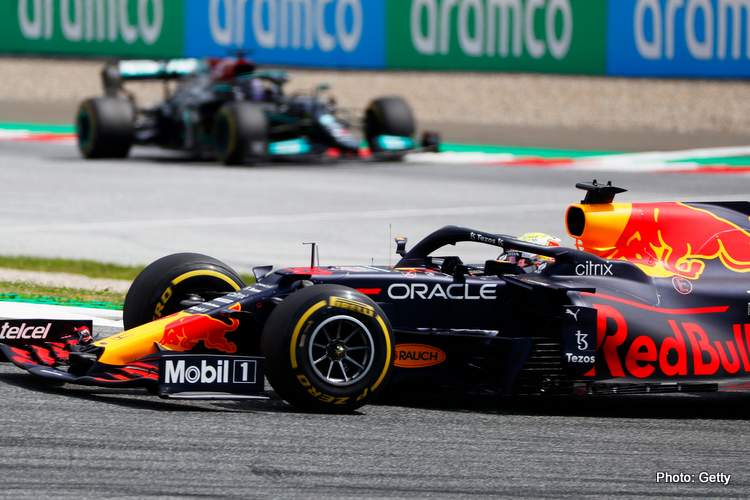 Max Verstappen fended off Lewis Hamilton to win a mundane 2021 Styrian Grand Prix, in which the world champion chased hard all afternoon but simply did not have the ammo to beat his rival.

The Red Bull driver made a rocket start from the line, as did the #44 Mercedes beside him, but the few extra meters for the pole man was enough to ensure he retained the lead into and through Turn 1, where he remained.

It was an afternoon-long game of cat-and-mouse with Verstappen, knocking off fastest laps after fastest laps, generally quicker of the pair with Hamilton occasionally claiming a fastest lap too to remind the Dutchman he was there.

But in the end, Verstappen was too good on the day and had an answer for everything thrown at him, controlling the race with ease to claim his 14th Grand Prix victory on a day he and his rival were in a class of their own at Red Bull Ring.

Verstappen said afterwards: “Straight away I felt a good balance in the car. It was good to manage the tyres from the start. It felt to the end that I had tyres left. We kept on trying to hit our lap times. That worked really well today.

“We have to show it again next week. We’ll look at what we can do better and I’m looking forward to next week. It’s looking really good, we just have to keep on going. I’m confident we can do another good job again,” added Max who now has an 18-point lead a the top of the driver’s standings after eight rounds.

Hamilton was relentless in his pursuit but the Mercedes was lacking and with a couple of laps to go the gap, over a dozen seconds, was never going to come down, so they pitted the #44 for a last-minute fastest lap effort.

The seven-time F1 World Champion said of his race: “It was a bit of lonely. I was trying to keep up but the speed they have, they’ve obviously made some big improvements over the last couple of races and it’s impossible to keep up.

“I don’t know where we’re losing all the time but I think their long run looks to be a bit better. We lose a lot down the straights. We got good points as a team today and we need to keep pushing.

Behind the title contenders, their wingman engaged in their own battle. Sergio Perez making a solid start to tuck in behind Lando Norris at the start. Keeping ahead of Valtteri Bottas whose FP2 pit-lane shenanigans cost him three places on the grid chasing in fifth.

Until the pitstops when the Red Bull crew were tardy with Perez’s left rear, which cost him time and third place at that point. Emerging fourth he soldiered on, before a final pitstop on lap 55 signalled a gamble by the Blues.

Perez exited the pits with a 20 seconds gap to Bottas, with fresh rubber the Mexican set about hunting down the Finn but it was one lap too few for the Red Bull; Bottas was third, Perez fourth.

The Mercedes number-two said: “From where I started third was the maximum today. It was a bit of damage limitation and we get to do this all again next week. It was getting really closer with Perez at the end and there was not much margin. I was glad we could defend.”

Lando Norris started from third and early on in the race tucked in behind the two leaders. But the McLaren was the meat in the Red Bull/ Mercedes Wingman Sandwich and was soon gobbled up by them without much resistance.

Nevertheless, the Englishman gave his shares another big boost with fifth place while teammate Daniel Ricciardo’s plight just got worse after a strong early run came to nought when power disappeared. The Aussie finished 13th to add to his woes.

Ferrari surprised all, including themselves, with Carlos Sainz turning 12th on the grid to sixth by the end of the day with Charles Leclerc making amends for a too aggressive opening lap which forced him into an early pitstop. He soldiered on to claim seventh place and Driver of the Day for his efforts.

Lance Stroll was best of the Aston Martin pair, the Canadian ending eighth after fending off, fending off Alpine driver Fernando Alonso and AlphaTauri’s Yuki Tsunoda who were ninth and tenth respectively.

In other news… Sebastian Vettel was anonymous for Aston Martin; George Russell ran in the top eight for a while until his Williams cried enough and denied the Englishman his first F1 points.

Spare a thought for Pierre Gasly who was an innocent victim of Leclerc’s waywardness and things only got worse for the AlphaTauri driver who was out by Turn 2 of the opening lap.

Final word to the winning team principal, Red Bull’s Christian Horner: “That was the most dominant win we’ve had so far this year. The only hiccup we had in that race was Checo’s pit stop but other than that it was an immaculate performance, particularly by Max who managed the race so well.” 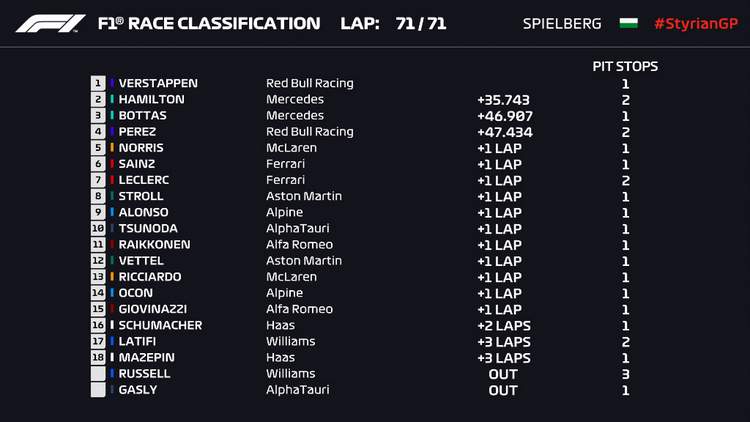 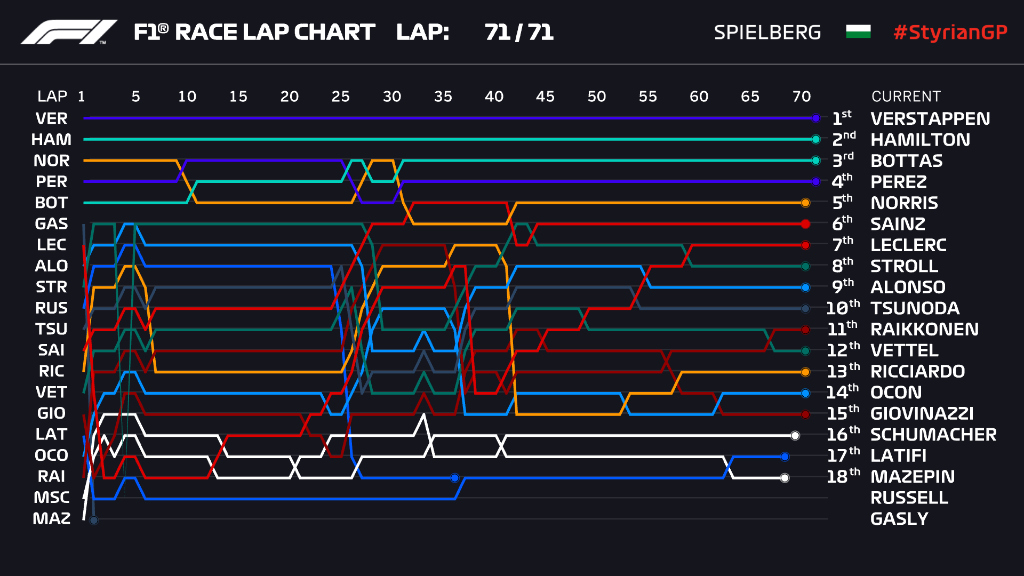 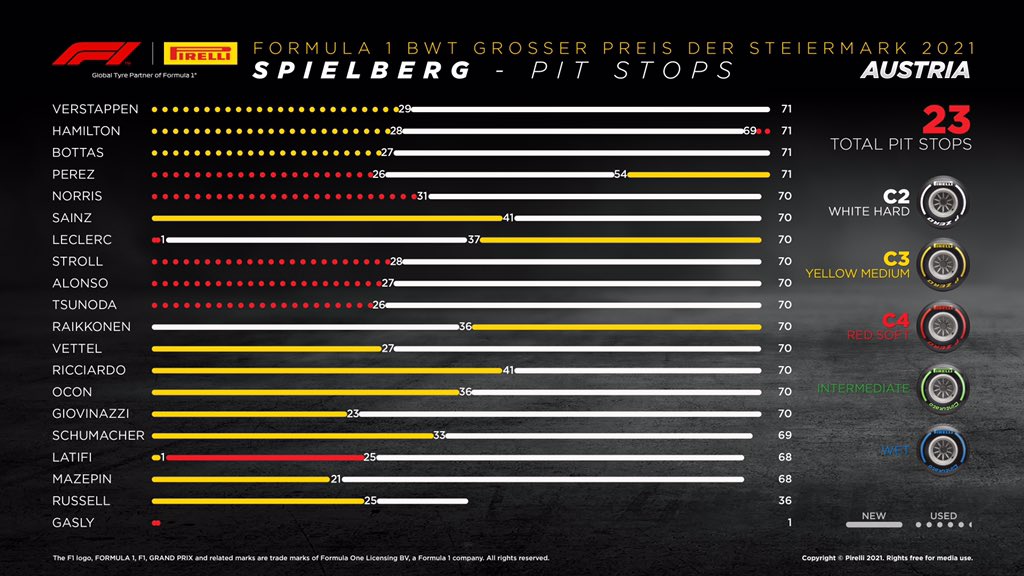 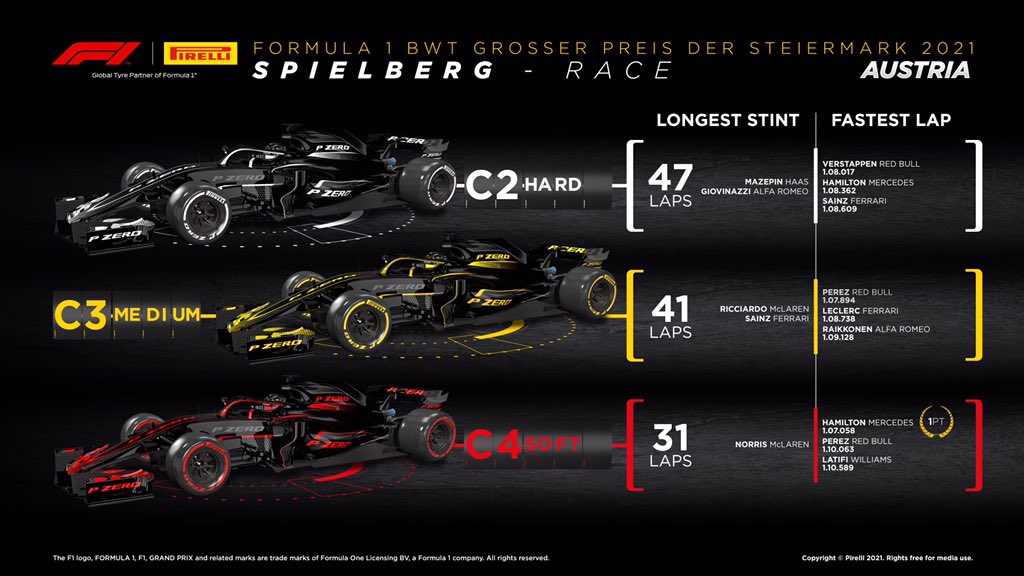