Is Mazepin’s chassis heavier than Schumacher’s? 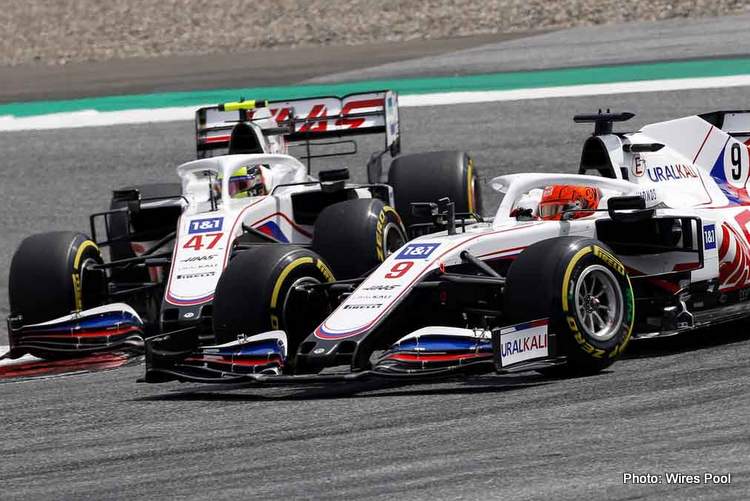 The atmosphere in the Haas F1 Team hospitality area must be awkward, to say the least, as their two rookie drivers engage in a feud that Guenther Steiner has been forced to play down more than once, but continues to boil.

Latest in the ‘civil war’ within the American team between their Russian driver, whose father funds the show, and the German son of F1 legend Michael Schumacher who is there to gain experience according to Ferrari.

The mix was never a wise one – placing two rookies with a team with no history of developing young drivers – and it’s been ugly already, with Mick wondering aloud if Nikita was trying to kill him in Baku and now Nikita pointing out that his car is heavier than his teammate’s. The pair clearly do not like one another.

Speaking to reporters after the Styrian Grand Prix, in which he was humbled by his teammate, Mazepin complained: “When you have a lot of laps, and long straights, and you have a very heavy car compared to the other car in our team it’s very difficult to stay ahead, so I’m not happy.

“But I’m just waiting for a new one to really have a chance because at the moment I’m just a sitting duck and I do my very best at the beginning and then I’m just a carrot to be caught and unfortunately I was caught, so that’s what it is,” explained Mazepin.

To which Steiner responded, in an interview with Motorsport Week: “There is a small weight difference depending on the weight distribution. I mean, heavy is never good, but it is not like 20kg heavy, or even 10kg heavy, it is nothing like this.

“The chassis, they are a year old, they’ve raced for a year, and normally every year you make a new one, and for sure the chassis never get lighter over the year.

“Obviously a heavier car never makes you faster, really, you know. I stated the obvious here. But how much… as I said I don’t want to go to the exact amount of weight, for sure it does something, physics are physics you know, we will not change them, so it slows him down, but it’s not a lot.”

Mazepin’s rookie season on track has been far from stellar but the same can be said, to a lesser extent, neither has Schumacher in the other car; at the same time, both doomed with an evil chassis and no apparent updates that will unanchor them from the wrong side of the grid nop matter how much talent the two possess.

As for the alleged disparities between the two cars, Steiner explained: “I don’t think that has anything to do with the chassis, so I wouldn’t put that one down to the weight difference.”

Whatever the case, Steiner’s handling of Mazepin is questionable, considering the Russian’s billionaire father saved Haas from closure with sponsorship from Uralkali and supposedly waiting to buy the ailing team, is and when Gene Haas pulls the plug.

Hard to imagine the father watching this without some form of disdain. This one has ‘Powder Keg’ written all over it.