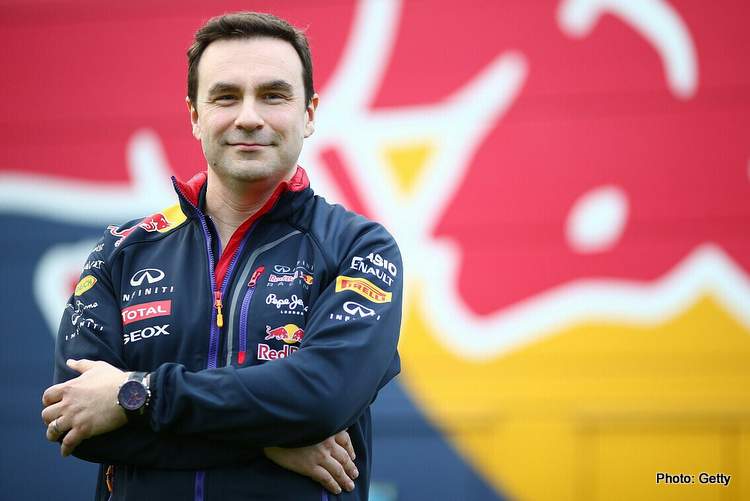 Possible preempting an announcement by Aston Martin, or adhering to contractual protocols, Red Bull pulled the trigger first by announcing in a press release today that Fallows will depart the Milton Keynes outfit for the relatively nearby Silverstone HQ of his new employers.

In the shadow of Adrian Newey at Red Bull, Fallows has risen to be his equal at Aston Martin, a logical career move if Newey is committed to the long term with the team.

Red Bull did reveal in the press release: “We can confirm that our Head of Aerodynamics, Dan Fallows, will be joining Aston Martin as Technical Director and we would like to take this opportunity to thank him for his dedication and accomplishments throughout his 15-year career with the Team.

“Dan joined Red Bull Racing in 2006 as Team Leader in our aerodynamics department, helping the Team to its first podiums, victories and world titles.”

“In 2014 Dan was promoted to Head of Aerodynamics, helping shape the Team’s progress through Formula One’s hybrid era and its rise to renewed competitiveness.”

Team boss Christian Horner said of the move: “It goes without saying that Dan will be missed as he has played an important role during his time at Red Bull Racing and I would like to thank him for his contribution towards the Team’s successes.

“We do however recognise that the chance to take on the role of Technical Director within a Formula 1 team is an appealing next step in his career. In turn, this move creates exciting internal progression opportunities as we look to the future and draw from the wealth of talent within the wider Team.

“Dan will not be departing until the conclusion of his contract and remains fully,” concluded Horner.

The announcement comes in the wake of Aston Martin confirming a multi-pronged restructure of the technical team under Andrew Green as the Chief Technical Officer.