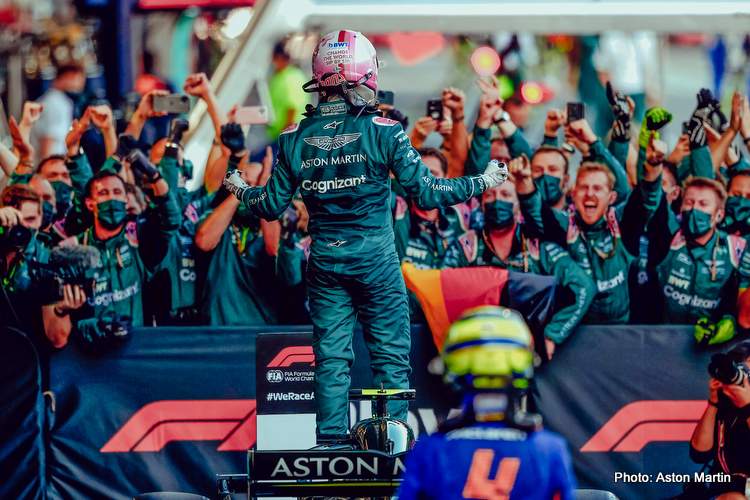 Aston Martin have signalled their intent to become a front running Formula 1 by setting out to recruit 250 extra staff to bolster the existing team contingent at the Silverstone factory.

Fresh from their popular podium finish with Sebastian Vettel’s second place at the 2021 Azerbaijan Grand Prix, team boss Otmar Szafnauer revealed the team’s forthcoming plans in an interview with F1.com.

He said: “We’ve added a significant amount of people since we were Force India. The new factory is on track, we have started building already, and it’s a big, big programme to recruit even further.

“We are at about 535 people now and we will get to about the region of 800 or whatever the right size is under the cost cap and we are strategically working on that now and trying to recruit like-minded individuals that want to come work for Aston Martin Racing and go racing at the highest level.

For the past decade, Mercedes have done the bulk of the winning, Red Bull getting a look in now more than ever before and Ferrari also challengers during this hybrid-turbo journey. But the reality is that the gap between the haves and have not has been far too large for far too long

Szafanuer explained: “There is a bigger gap to the teams in front than to the teams behind and we have to do a good job for the rest of the season, bring some more upgrades, understand the car better, get the drivers even more comfortable and fight as hard as we can to finish as high as possible in the midfield.

“It won’t be easy, even for fifth, but we will do the best we can,” concluded the Aston Martin team principal.

Last year the mould was broken by Pierre Gasly first winning the Italian Grand Prix, and Sergio Perez doing the business for Lawrence Stroll’s team (at the time Racing Point) at the 2020 Sakhir Grand Prix.

We’re in this together. 👊