Hamilton: Congratulations to Max, he did a great job 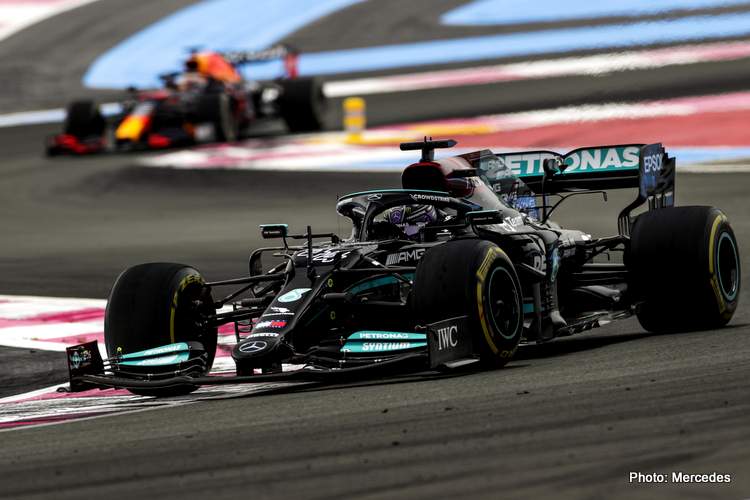 Lewis Hamilton was humble in defeat to Max Verstappen at the French Grand Prix, the seven-time Formula 1 World Champion praising the Red Bull driver for a job well done on Sunday while lamenting a lack of straight-line speed.

Very late into the race, it looked as if Hamilton was going to work a miracle on Pirelli hard tyres that were tasked a couple of miles too far for his Mercedes at Paul Ricard. But Hammertime and everything else he had in the bag could not contain his title rival.

Hamilton said after the race: “Congratulations to Max, he did a great job today. The Red Bulls had better straight-line speed all weekend but considering that we had such a difficult Friday, I’m really happy with this result.

“Of course, we didn’t win and we had the lead but I had no tyres left at the end so unfortunately, we lost the position but it was still a good race. We’ve got to find some pace, that’s for sure.

“Most of the time we lost today was on the straights, so we’ve got to dig deep, try and figure out where that is, and whether it’s power or drag but overall, we’ve still got a good package.

“We didn’t know how strong the undercut was going to be but what was really surprising was just how we ran out of that front tyre so early on but obviously they had a good strategy and it worked really well for them,” added Hamilton who now trails Verstappen by a dozen points in the F1 drivers’ standings after seven rounds. (Additional reporting by Agnes Carlier)