Technical Draft: How a Formula 1 chassis might be defective 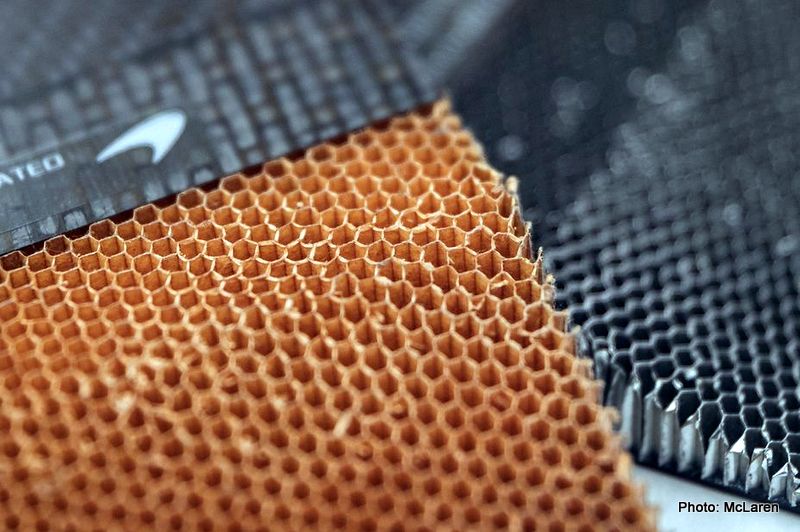 It has been revealed that for this weekend’s French Grand Prix the chassis of Lewis Hamilton and Valtteri Bottas have been swapped out.

This is not unusual in Formula 1 and there may be numerous reasons why this has occurred. The rationale for the change has been discussed by the team and it is not one that will be explored in this discussion.

Occasionally a driver will report that their chassis does not feel right, or it is defective. This discussion will briefly consider what constitutes a contemporary F1 chassis, and how it may be defective.

Firstly, to remove any ambiguity consider the semantics of the term “chassis”. In the context of this discussion, the correct term is monocoque, or informally tub. Technically, a chassis is an assembly of components, including the tub.

The monocoque or tub is a key structural component of the F1 chassis that houses the driver, has the front suspension mounted to it, houses the fuel cell and allows for attachment of the fully stressed engine block and stressed dry sump. The longitudinal, axial and torsional rigidity of the tub is critical because it is the structural link that transmits all the dynamic mechanical loadings between the front and rear of the car.

A modern f1 tub is constructed from a composite matrix, generally of carbon, kevlar and zylon weave and epoxy resin. The composite matrix is laid up in a mould and over structural and collapsible cores such as aluminium and Nomex honeycombs, divinycel foams for reinforcements and bulkheads and structural pickups such as engine and suspension mountings.

The tub manufacturing method of choice in F1 is the closed mould autoclave method. This method involves the laying up of layers and structures in a mould using cloth that is pre-impregnated with resin. Lay-up will occur in a cleanroom to minimise the risk of dust and other foreign object debris inadvertently being transferred into and caught in the lay-up.

Composite lay-up technicians will also wear hairnets for the same reason and also wear gloves to ensure that oils from their skin are not transferred into and contaminating the lay-up.

Pre-preg materials are expensive and stored in freezers to prevent premature activation or hardening of the resin. Once the part has been layed up in the mould and trimmed, the assembly is covered in a plastic layer and sealed. The “bags” have ports that are connected to vacuum lines.

The layed up and bagged mould is then transferred into the autoclave and the sealed clave door closed. Inside the autoclave the vacuum lines are connected to a pump, other pumps apply pressure to the bagged mould externally and computer-controlled heating elements subject the lay-ups inside to heat cycles up to 250C over a period of up to eight to 12 hours, depending on the nature of the materials being used.

The heat applied initially activates the pre-impregnated resin to a viscous state which then cures during the clave cycle. The vacuum lines evacuate air from the sealed mould bagging with the intent of dragging air inclusions out of the lay-up and ensuring the resin flows into the evacuated inclusions and with the addition of the external pressure applied, forces the lay-up onto the mould surfaces to produce a homogeneous composite matrix-free of inclusion.

It is often thought that this method is selected because it produces the highest strength results, but whilst autoclaved parts are indeed high strength, other methods such as cold resin infusion do indeed produce higher strength composite matrices.

The composite tub gives an F1 design team a great balance primarily between torsional rigidity and weight. However, whilst an F1 tub may very well be even more rigid and possibly lighter using chrome-moly tubing and epoxy resin bonded with aluminium sheet metal, the selection of composite materials and manufacturing methods is far more accommodating in producing complex curves and geometries.

Another benefit of using the closed mould autoclave manufacturing process is that off-mould faces are produced with high-quality deficiency-free surfaces.

In the past, an F1 tub was manufactured in two different mould halves and bonded together due to the geometrical complexity of its shape. The bond line joining the two halves historically was an area of risk because defects in that bond would compromise torsional rigidity and become susceptible to brittle fatigue and defect propagation.

However, as manufacturing and in particular moulding methods and technologies have developed over the years, a modern F1 tub is generally manufactured as a single piece using a monolithic mould. This mitigates the risk of that major bond line failing.

As discussed, a tub is manufactured with integral deformable structures as per the FIA F1 technical regulation and is a homologated part. Consequently, once the tub design has passed the FIA destructive tests and been accepted, which generally will be achieved by sacrificing tub serial numbers 001 and 002, its design can not change for the remainder of the season.

In meeting its safety, weight, centre of gravity and aerodynamic targets, a tub’s key performance measure will be its rigidity. In being the transmitter of all loads between the front and rear of the car any deflection must be kept to a minimum. Generally, when a driver is critical of a monocoques performance it is more than likely that the tub is deflecting out of normal parameters under some form of load combination.

In the lay-up process, it is critical that the bonds between laminate layers, structural cores and mechanical pickups are free of defects. At times even micro-inclusions in a laminate can be a possible point of potential failure. Inclusions in composite matrices can lead to major and minor de-laminations where layers separate away from each other which can propagate and crack. Other causes of de-lamination of cloth layers and structural points are excessive loading, such as from severe kerb hopping and from accidents.

Most F1 teams have non-destructive testing (NDT) departments with x-ray and ultrasonic equipment that are used as a part of their preventative maintenance and life cycle management systems to monitor the integrity of a tubs construction.

However, there are instances where micro-defects have not been detected in-house but noticed by the driver at the circuit. It is not unknown for a defect affecting the performance of an F1 monocoque to have been identified but impossible to locate and rectify and for it to be condemned to either be a show car or worse, the bin.