Horner: Wolff is never afraid to roast his team publicly 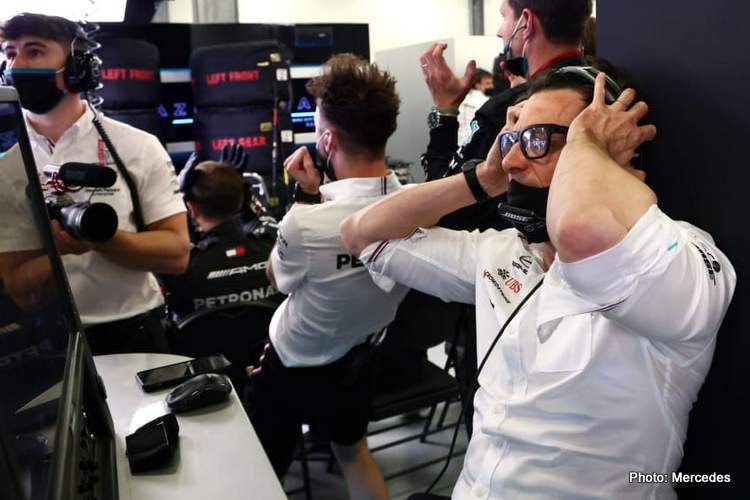 Much has been written about Toto Wolff’s over the top reactions and statements after the 2021 Azerbaijan Grand Prix – a rare pointless race for Mercedes in which their star driver Lewis Hamilton lost out on a podium and Valtteri Bottas was nowhere to be found.

While to all and sundry it was clear that Hamilton erred on the restart, Wolff refused to lay blame on the seven-time F1 World Champion.

Instead, the Mercedes team boss laid into his team via the media which, of course, grants him as much airtime as he wants for his priceless soundbites.

His condescension during their almost invincible run of the past decade has evaporated, as he grasps the concept of really losing for the first time since 2014 which should also entail reacting appropriately.

Loser does not sit kindly on Wolff’s near-perfect life, after all, Mercedes hardly ever take a beating as badly as they did in Baku and a true test of character is not only how the loser bounces back but also how to take the loss graciously.

And that’s one thing the Merc boss is still learning to do, as the over-the-top attack on his normally perfect team proved.

“That is the frustration. It is not only the incident at the end that frustrates. It’s overall not meeting our own expectations. All of us together: Lewis, the engineers, myself, everybody in the team,” declared Wolff.

Needless to say, in reaction to the comments Red Bull team boss Christian Horner could not resist pointing out: “A lot has been made about Toto’s comments this weekend. He’s never afraid to roast his team publicly, which I disagree with. But that’s his prerogative.”

The Blues were heading for a one-two on Sunday afternoon until fate intervened to take Max Verstappen out of contention after a big Pirelli blowout with the finish line in sight. Sergio Perez then stepped up to win the three-lap sprint to end a dramatic day.

Horner acknowledged: “It looked like we’re going to do a bit more damage than we ended up doing, but we’ve just got to grab our opportunities when they present themselves. It goes in swings and roundabouts.

“Max could have come out of the weekend putting 10 or 11 points into his championship lap with the fastest lap if it had finished where it was with five to go. So he could have been 15 up.

“He’s still four up, but at one point he was looking like he could be 21 down if Lewis had nicked the victory. So, it’s swings and roundabouts and I think it’s going to do this, while the cars’ performance is so close, throughout this championship.

“That makes it so exciting to be a part of. It just motivates everybody in the team to a whole new energy level,” added Horner in the latest off-track salvo with his rival Wolff.