Schumacher: WTF was that? Does Mazepin want to kill us? 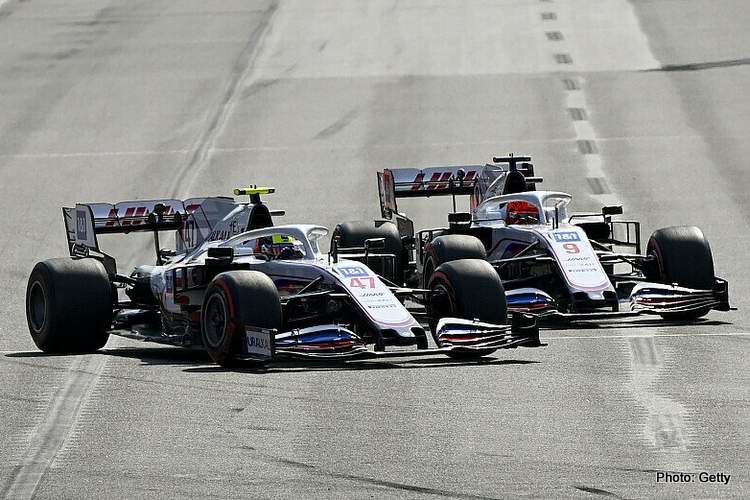 Mick Schumacher questioned whether his Haas teammate Nikita Mazepin was trying to “kill us” in the closing metres of Sunday’s incident-packed Azerbaijan Grand Prix.

Schumacher moved into Mazepin’s slipstream as they approached speeds of 200mph on the start-finish straight in Baku. But in defending 13th place, Russian Mazepin suddenly jinked to the right in a move to prevent his Haas team-mate from getting by and squeezing him against the concrete wall.

Schumacher, like his teammate in only in his sixth Formula 1 race, responded in time to avoid a collision. As he passed Mazepin, the German gesticulated wildly with his right hand before venting his fury over the radio after crossing the line seven-thousandths of a second clear.

Schumacher yelled angrily over the radio: ‘What the fuck was that? Honestly, seriously, does he want to kill us?

In his rookie campaign, Schumacher has been comfortably quicker than Mazepin and ahead of him throughout Sunday’s race in Baku, only falling behind at the restart following Max Verstappen’s late crash.

Steiner said in the team report: “Obviously, there was a situation on the straight that was all resolved, and we’ve cleared the air. There was some misunderstanding, but we’re fine and all moving on from it.”

Mazepin is proving to be out of his depth in F1 at this stage of his career, mistake-prone, often irking and endangering fellow drivers with his on-track antics.

Schumacher on the other hand, inexplicably thrust by Ferrari into the Steiners chaotic and inept show with obsolete cars to see him through his first season, is on another level to the Russian who is proving that he should have no placein F1.