Gasly: I’m able to be aggressive and push the limits 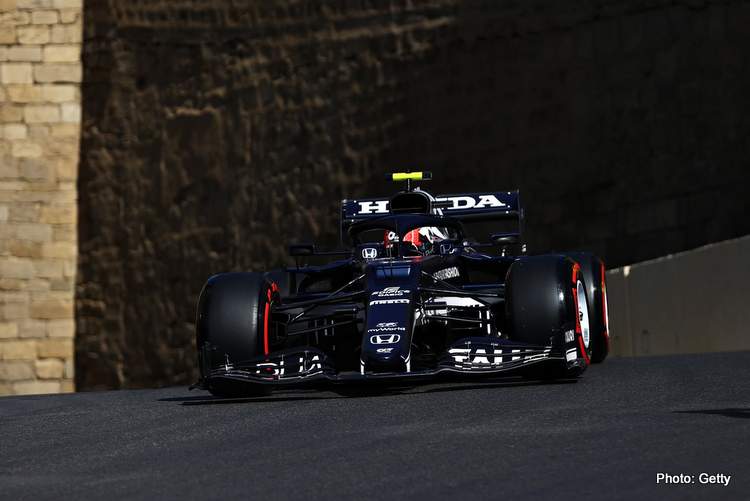 Pierre Gasly enjoyed a strong Friday of practice for the 2021 Azerbaijan Grand Prix, the AlphaTauri driver ending the day fifth in a car that gives him the confidence to attack.

The Frenchman has grown in stature since his first Formula 1 victory last year at Monza. His form has carried over to this year but not always with a compliant car. However, in Baku, the Honda-powered AT02 in Gasly’s hands was at the sharp end of proceedings all-day

He reported after FP2: “It’s been a very good Friday for us, a really positive P6 this morning and P5 this afternoon, at the moment I’m feeling very good in the car. I’m able to be quite aggressive and push the limits.

“I went over too far once or twice but that’s how we find the line and extract the maximum from the car. I’m pretty pleased so far, especially because we did the lap without any slipstreams so potentially there’s more pace available to us tomorrow,” explained Gasly.

Rookie Yuki Tsunoda, in the other AlphaTauri, recovered from a frantic FP1 to end the day tenth fastest after FP2 on a track he has never raced on before.

The Japanese driver reported at the end of the day: “It’s fairly similar to Monaco here, you have to build up the pace and also confidence in the braking zones, as most of the corners need strong braking. I went into the run-off areas a few times but it was good practice for me to find the limit and luckily I didn’t go into the wall!

“I think the progress from FP1 to FP2 was good, I struggled a bit in the morning, so it was a good step up in FP2. There are a few areas I still need to work on, but the pace is definitely there this weekend, we just need to put it all together tomorrow,” said Tsunoda.

AlphaTauri Chief Race Engineer Jonathan Eddolls added: “Pierre has driven here before but for Yuki it was his first time, in any category, and FP1 was a challenge for him.  The dirty and low grip track, combined with the wind, definitely had an impact on his initial performance.

“Yuki did exactly what we asked of him and by the end of FP2 he was a close match to Pierre, I am sure he will find more time in FP3 and Qualifying,” predicted Eddolls.