Norris: I see a lot of stories that people make up 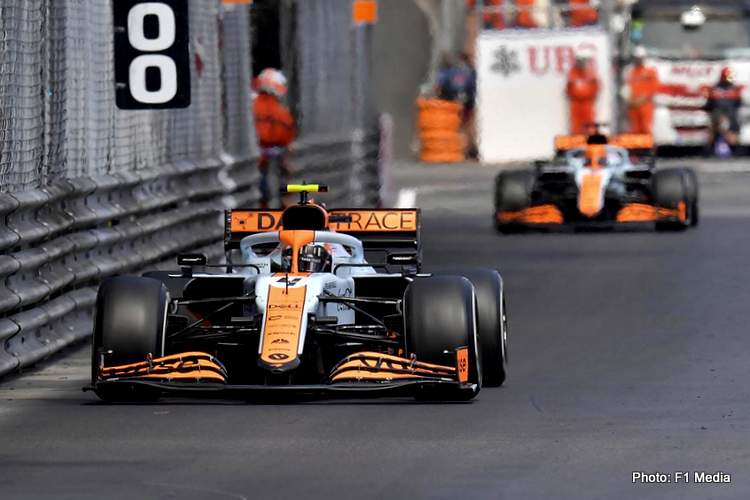 Lando Norris accused Formula 1 fans of inventing stories on social media to create controversy, this time after the McLaren driver waved as he lapped teammate Daniel Ricciardo on his way to a sensational third place at the 2021 Monaco Grand Prix.

21-year-old Norris has impressed all season, growing in stature and delivering results while his ‘new’ teammate Daniel Ricciardo struggles to come close. At Monaco, the Australian was totally out of sorts, while Norris stole the limelight.

It was a troubling day for Ricciardo, being lapped by his teammate at a venue where he has won at has to be the lowest point of his career. With blue flags waving, having to allow Norris past must have hurt.

That the younger driver signalled his gratitude at that point in the race was picked up by social media trolls suggesting the gesture by Norris was to antagonise Ricciardo.

Clearly unimpressed, Norris took to his 893,000 and growing Twitch followers: “I see so many of you make up absolute crap and nonsense as usual.

“By the way, anytime someone lets me pass for a blue flag, anyone, if they get out of the way properly and they should, I put my hand up and say thanks, alright?

“I did it to freaking everyone; Mazepin, Schumacher, Danny. Whoever I passed and they got out of the way, I put my hand up and say thanks.

“Don’t just notice one when I passed Danny and think I’m doing something that is not right. Let me just get that point across because I see a lot of stories that people make up,” added Norris.

During his relatively short tenure in F1, Norris’ shares have skyrocketed both on-track and off it. It would be fair to say that the Englishman has become one of the most popular drivers on the grid with a big social media following and growing respect from rivals and pundits.

The fact is Norris has made his illustrious teammate look ordinary this season and, after five rounds, the youngster lies third in the F1 constructors’ championship, and that’s not made up!