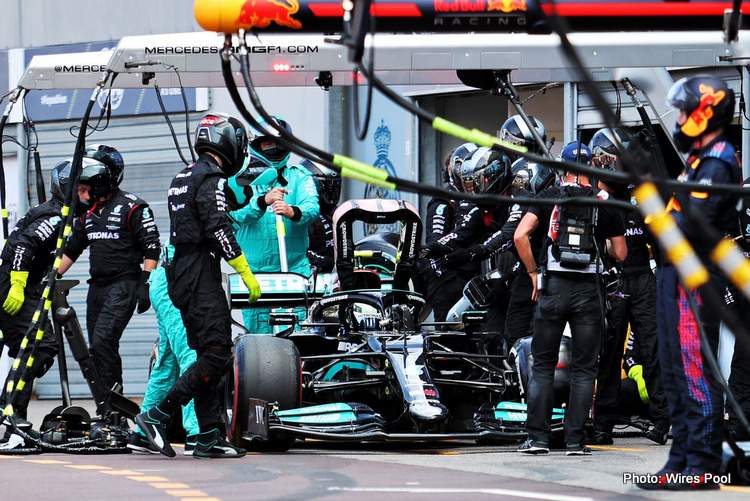 Mercedes seldom falter but when they do they have few peers in messing up as they did at the 2021 Monaco Grand Prix, Lewis Hamilton’s seventh place and Valterri Bottas’ pit stop misfortune hard to stomach for team boss Toto Wolff.

When it rains it pours torrentially for serial-winners Mercedes. In Monte-Carlo, on Sunday they were well beaten by their archrivals for this year’s title, as Max Verstappen cantered to a commanding victory in a somewhat dull race at the Principality.

And, by the time the champers bottles were binned and the 67th edition of the great race in Monte-Carlo now rendered to statistics, they show Verstappen leading the championship by four points, having arrived for in Monaco trailing Hamilton by 14 points. Red Bull also top the constructors’ standings thanks to Sergio Perez finishing fourth in the other car.

Mercedes on the other hand got the strategy wrong and pitted Hamilton far too early, and much to his consternation. The team, once a sure bet for a win and a favourite with bookies, erred with no place to hide.

It got worse for them when Bottas pitted and his front right would not come off, perhaps impact or contact cause the axle and wheel to forge fast. A DNF for the luckless Finn when a podium seemed a sure thing on the day.

Wolff was visibly pained by the saga and summed up later in the team report on Sunday: “Days like today are the ones we learn the most but that doesn’t stop the experience from feeling awful.

“We had a pretty terrible race day, we had a lot of degradation with Valtteri, while still being in the hunt for the podium. Then we machined a wheel nut at the stop, which has never happened to that extent before, and he was forced to retire.

“With Lewis, we just didn’t have the pace in the car – it’s as simple as that. The undercut looked like the only feasible way of clearing Gasly and there wasn’t any mistake, the out-lap was good, the pit stop was OK but it just wasn’t enough.

“You have to take a weekend like this on the chin – today we lost a few points but this is a long championship, it is going to swing back and forth and in the end we will see in Abu Dhabi who has their nose ahead.

“We will regroup and look back, as much as it hurts, to learn the lessons and come back stronger,” added Wolff, who can now genuinely call his team “underdogs” something they have never been in this modern turbo era.

After a weekend break, the F1 circus sets up tent in Baku, a street circuit vastly different to Monaco, whereby it will be revealed if indeed Mercedes are on the back-foot this time, or that the race on the streets of Monte-Carlo was merely an anomally.

Expect business as usual from the World Champs when they line up for the Azerbaijan Grand Prix.

“It just feels awful…” 😠 A word from the Boss in Monaco. 👇 pic.twitter.com/6v5OYjLvKD