Wolff: There’s quite a long way to go for Red Bull 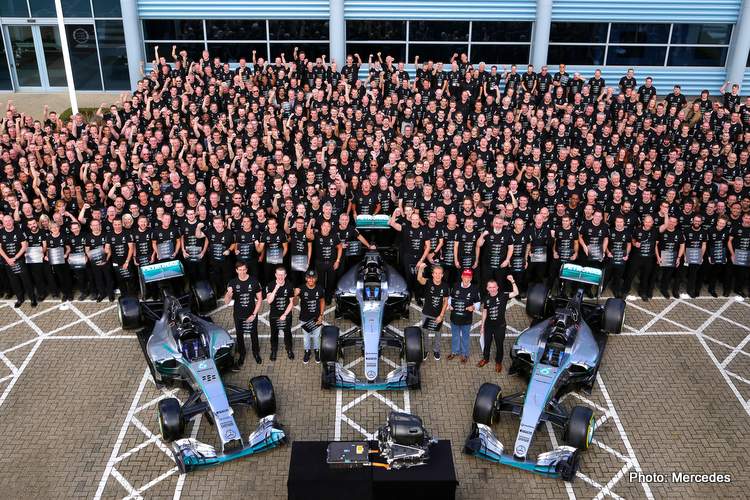 Mercedes boss Toto Wolff has fired shots at Red Bull, claiming that they have a long way to go to get their Formula 1 powertrains project up and running.

With Honda pulling out at the end of the year, Red Bull are acquiring the F1 Power Unit IP from the Japanese manufacturer to build the engines inhouse with an agressive recruitment drive buying into Mercedes’ brain trust.

But In an interview with Motorsport Italia, Wolff has a warning for his archrivals: “We have about 900 people working in Brixworth. They approached 100, and they got between 10 and 15, mainly manufacturing staff, no performance. And in that respect, if I were to build a new factory, I would also start.

“But between hiring two handful of people and having a full up and running competitive engine factory, there’s quite a long way to go. I think Red Bull can do that, with the resource that is being put in, but Mercedes and the others have been in the sport for many decades, building the structure.

“So 15 guys and an empty building site construction is not going to be sufficient in order to be competitive in three years with a new power unit.

“Having said that, we’re taking them very seriously because they are a great team and have the finances to do so. But if we know one thing in Formula 1, it is that it needs time. No money can accelerate the learning curve.”

Wolff has more than once made it clear to all and sundry that the staff defections to Milton Keynes will not impact the World Champions: “Internally it’s quite good to see the really loyal ones, that have been approached, such an overwhelmingly larger number than the ones that were lured away.

“Seeing that loyalty and integrity in a way has confirmed the values of this group. There were some really good people that were approached. Lottery number pay cheques. And they haven’t even thought about it twice. They stayed because they like the environment and they like what we stand for.

Mercedes are vying for an unprecdented 16 titles in 18 years with the 2021 campaign, with their star driver Lewis Hamilton eyeing an seventh title with Mercedes, to make it eight with his first won with McLaren. They have literally ‘owned’ F1 in the second turbo-era.