Tsunoda: Do we have the same car as Pierre? 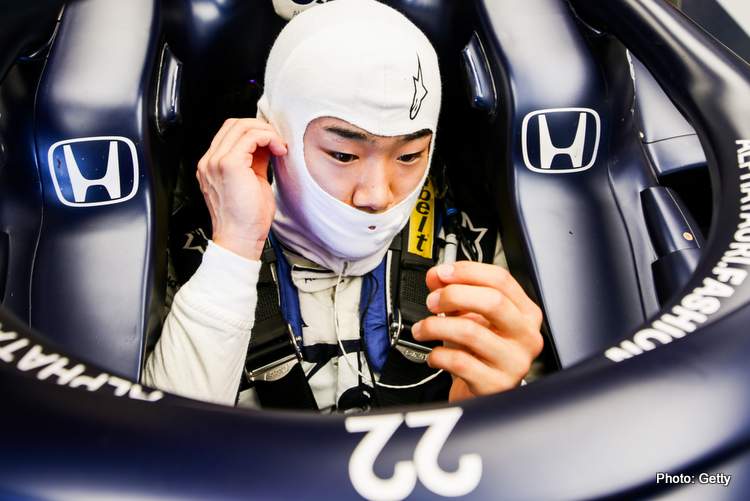 AlphaTauri rookie Yuki Tsunoda could find himself in hot water with his team and Red Bull after he criticised the car after qualifying for the 2021 Spanish Grand Prix.

The popular Japanese driver, not shy to call it straight was fuming in the car after he failed to make it out of Q1 and will line up 16th on the grid for the race in Barcelona. Timesheets show that he was a tenth shy of P15 in the session while teammate Pierre Gasly was good for fifth and four-tenths faster than F1’s youngest driver.

On the cool-down lap, Tsunoda was fuming as he cursed his car then afterwards, told Sky F1: “I didn’t push too hard in the out-lap. The tyre temperature was not going up and were ideal at the start of my lap.

“The car is slow and I don’t know why,,, we set up the tyres… It is not the place I want to fight from. The performance for this car is easy to be in  Q2. It is always different compared to my teammate. Do we have the same car as Pierre?

“Of course it can be the driving style. But I am struggling too much, the capability of my car must be different. I can’t grasp what is happening,” concluded the exasperated driver.

Perhaps Tsunoda’s only solace is the fact that, while Gasly showed strong early pace, the more experienced Frenchman was doomed to a Q2 exit and will start from 12th.

Nevretheless, Tsunoda’s statements are explosive for a driver of his stature with only three Grand Prix races under his belt. The swipe he took in parc ferme is unlikely to go down well with AlphaTauri team boss Franz Toiost, not driver consultant Helmut Marko.

However, Tsunoda has Honda backing and is proving to be the darling of the paddock, with a growing fanbase built on his honest answers to questions posed to him. His accusations will need to be handled delicately by the powers at Red Bull.

not a great start to Quali as @yukitsunoda07 gets eliminated by the smallest of margins and will line up P16 pic.twitter.com/nqlfJzMeuY