Vettel: Stroll is driving a different spec this weekend 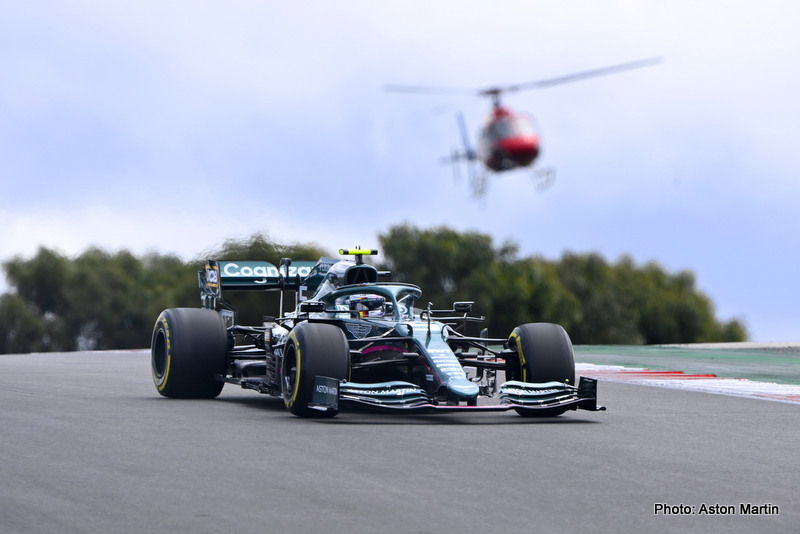 Sebastian Vettel has revealed that Lance Stroll is driving a “different specification” on the AMR21 this weekend, which Aston Martin hope will improve performance.

The team have had a far from ideal start to the season and were only able to put their latest upgrades onto Stroll’s car for the Portuguese Grand Prix weekend, with the priority decided by where the drivers are sat in the standings.

Asked about the different packages the two drivers were running after free practice on Friday, Vettel said that he hoped Stroll could make a “step forward” with the upgraded AMR21.

“He’s driving a slightly different specification this weekend, and that was clear from the start,” he said. “I hope that he can make a little step forward with it.”

Stroll has made it into Q3 at both races so far but the team have struggled this weekend in Portugal, with Stroll and Vettel 16th and 18th respectively during FP3.

While discussing his ongoing acclimatisation to the new team, it was clear that Vettel is not yet fully comfortable in the car.

“I did not feel comfortable in the short run, at the moment it is still difficult to put everything together,” he added.

“We tried quite a few things but did not achieve the best result yet. With all the things we tried, I am sure there will be something for tomorrow.

“The car does not yet do what I want it to do. I think we can still work on the setup here, also on the driving style.

“On the long run, it’s a bit better, having more laps. On the short run, it was difficult to put the tyres in the right window.”