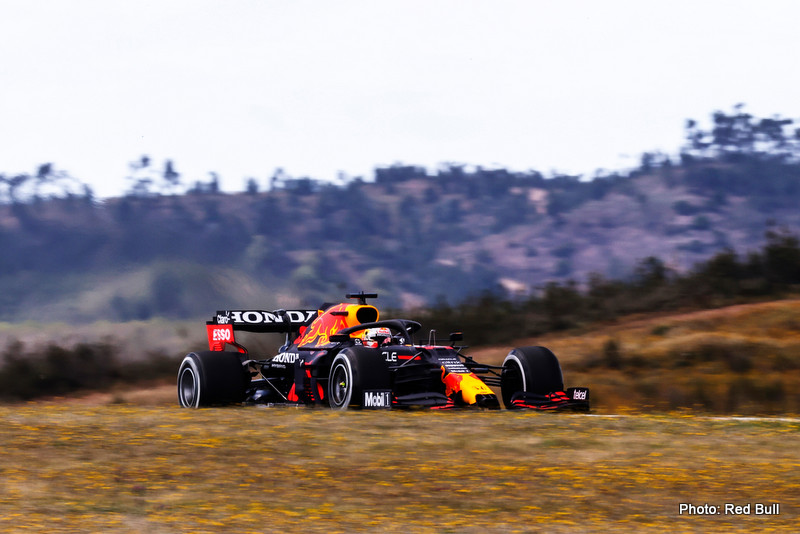 Max Verstappen was quickest in the final free practice session before qualifying for the Portuguese Grand Prix, 0.236 seconds clear of Lewis Hamilton.

The Dutchman delivered a 1.18.489, the best time of the weekend so far, in the final few minutes of the session to extend his advantage at the top of the timing sheets over Hamilton.

Valtteri Bottas was third, 0.331 seconds adrift of Verstappen, with Sergio Perez in fourth as Red Bull and Mercedes continued to look the class of the field.

Verstappen and Hamilton have claimed a pole position apiece so far this season, but each of the top four drivers from this session will fancy their chances of starting tomorrow’s Grand Prix from the front.

Esteban Ocon was fifth for Alpine, with the Enstone team once again looking much improved compared to Imola.

Fernando Alonso ended the session in 14th, but had his best time deleted for exceeding track limits and should not be discounted.

The Ferraris of Charles Leclerc and Carlos Sainz were sixth and seventh, with the Scuderia likely eyeing the best of the rest spot come qualifying.

McLaren, who will be hoping to beat Ferrari to that spot, continued their understated weekend, with Lando Norris eighth and Daniel Ricciardo 12th.

Mick Schumacher had an early spin but recovered to outpace his teammate Nikita Mazepin by more than sixth tenths, with Schumacher finishing the session an impressive 15th, ahead of Lance Stroll, George Russell and Sebastian Vettel.

Mazepin meanwhile had a late spin and ended the session 20th, marginally behind Nicholas Latifi, who was 19th. 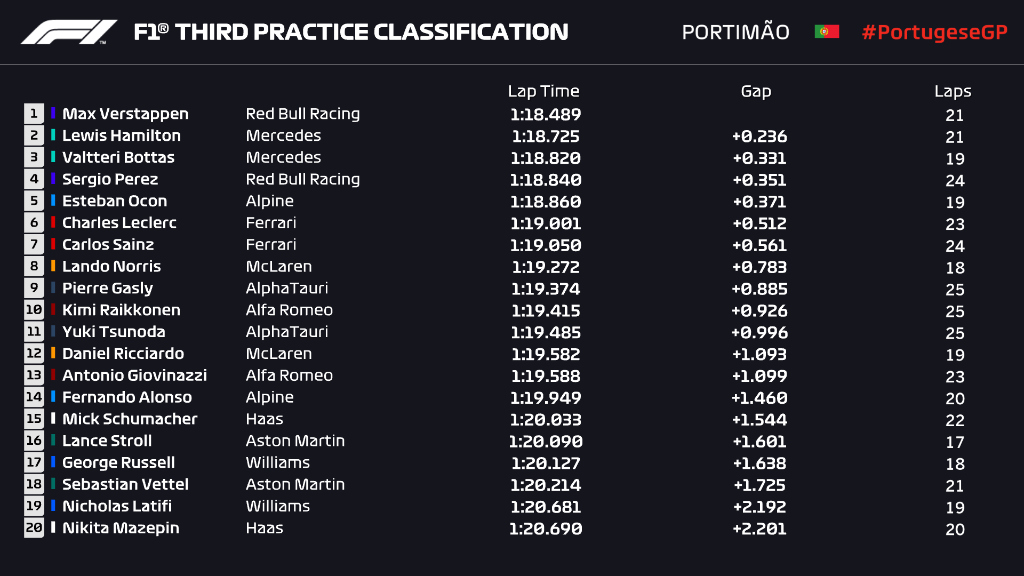