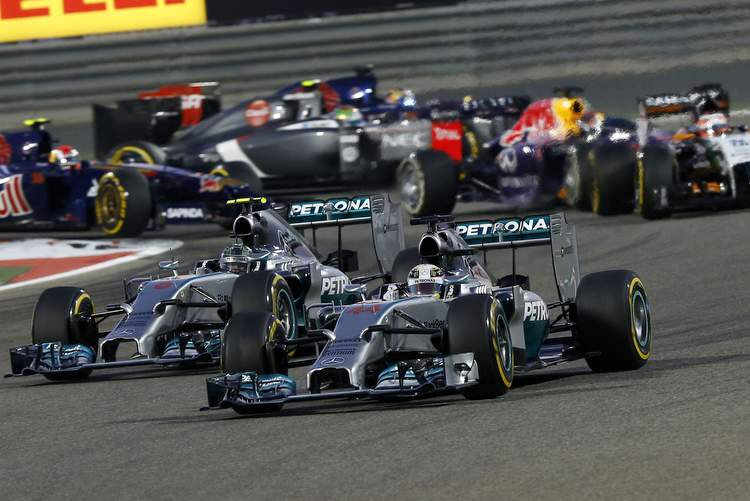 Mercedes had such an advantage early in Formula 1’s V6 turbo hybrid era that they rarely used full power in qualifying for fear the rules would be changed to rein them in, according to former technical director Paddy Lowe.

Mercedes have won every title since 2014, a record run of seven successive drivers’ and constructors’ world championships, and they lead both going into this weekend’s Portuguese Grand Prix.

Lowe told F1’s “Beyond The Grid” podcast that the first pre-season test of 2014 had showed some rivals were in “desperate disarray” while his team were in “reasonably good shape”.

An upgrade for a subsequent test produced another big jump in horsepower and “we knew at that point that we were in some quite special territory”.

That became a fear at board level, said Lowe, of “the negative politics of looking too good”.

“The thinking was if Mercedes had looked ridiculously good, then something would be done about it…there was a lot of tension over how good to look,” he added.

“In qualifying, we would never turn the engine up for Q1 and Q2 (the first two phases). It was run in a sort of idle mode.

“The debate would then be how much to turn the engine up for Q3. I´d be getting it in the ear from (team boss) Toto (Wolff): ‘That´s too much, that´s too much’. And I´m thinking ‘but if we don´t get pole, we´ll look like a right bunch of mugs’.”

Lowe said much of the discussion on Saturday afternoons was what level of engine power to go with to get the job done without looking excessively quick.

“Through most of 2014, that engine was never on full power for qualifying,” he added.

Mercedes, with Britain’s Lewis Hamilton and now-retired German Nico Rosberg, won 16 of 19 races in 2014 and started all but one on pole position. Hamilton ended up with the second of his now seven world titles.