Russell: Not my proudest day, I apologise to Valtteri 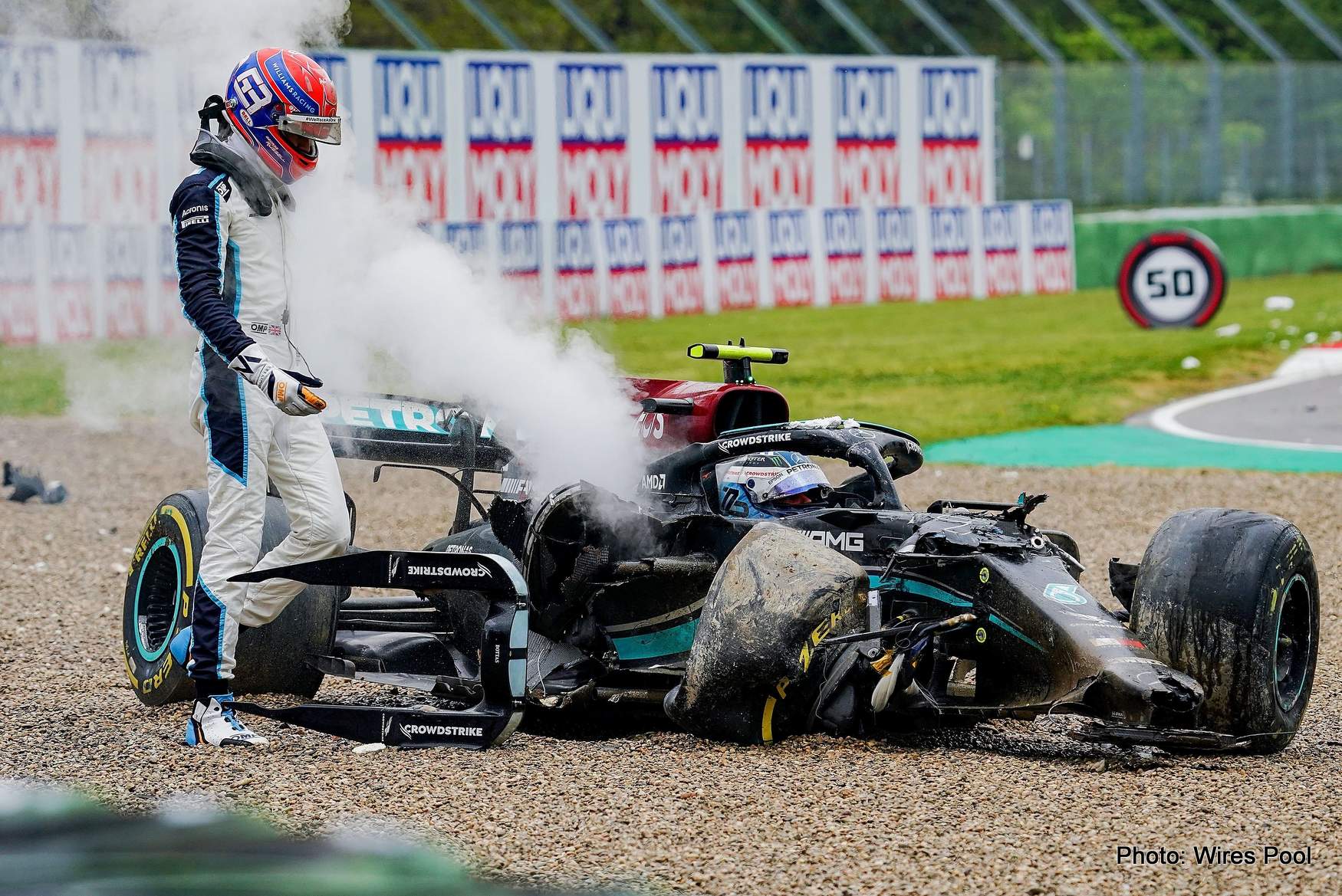 George Russell apologised publicly to Formula 1 rival Valtteri Bottas for his behaviour after the pair collided during the Emilia Romagna Grand Prix.

Some thoughts on yesterday: pic.twitter.com/xU07da7DCz

The Williams driver had been trying to pass Bottas’ Mercedes for ninth place on Sunday when they made contact at speed and crashed out, bringing the race to a halt. Neither was hurt and stewards declared it a racing incident.

Russell climbed out and confronted Bottas, still sitting in his wrecked car, and asked him whether he had wanted to kill them both. At which point the Mercedes driver gave him a dose of the middle finger.

The Briton also accused the Finn of breaking a ‘gentleman’s agreement’ with a dangerous tactical move and suggested Bottas had been harder with him because Russell, a Mercedes-managed driver, might be in the frame to take his seat.

“Having had time to reflect on what happened afterwards, I know I should have handled the whole situation better,” said Russell.

“Emotions can run high in the heat of the moment and yesterday mine got the better of me. I apologise to Valtteri, to my team and to anyone who felt let down by my actions. That’s not who I am and I expect more from myself as I know others expect more from me.”

Russell, whose Mercedes-powered team have scored just one point in the last two seasons, said he had learned some tough lessons and would be a better driver and person for the experience. He recognised he had taken a risk in trying to pass, it had not paid off and he took responsibility for it.

Mercedes boss Toto Wolff said on Sunday that Bottas’s car was almost a write-off and, with a cost cap in effect, the cost of repairs could limit future upgrades. He also laid the blame squarely on Russell. (Reporting by Alan Baldwin)