Alonso: I was not at the right level, but I will be in Portimao 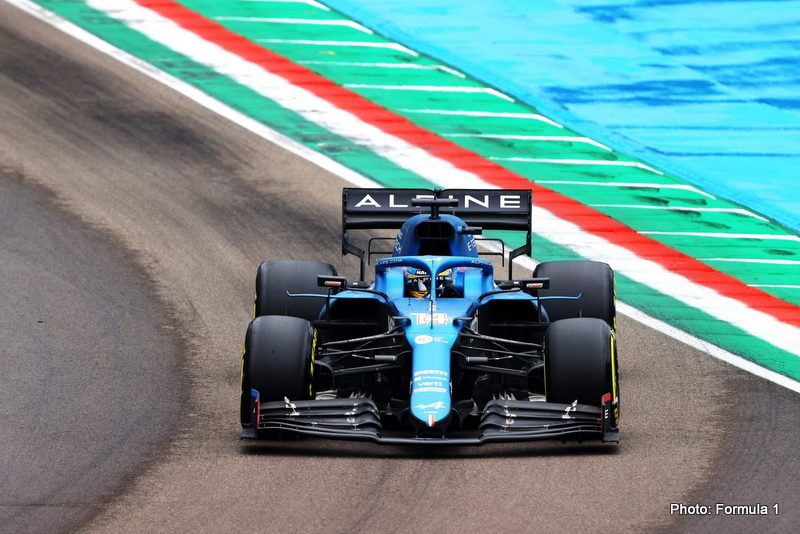 Two-time Formula 1 world champion Fernando Alonso has admitted that he was “not at the right level” during the Emilia Romagna Grand Prix at Imola.

The Alpine driver claimed a single point after a post-race penalty was handed to Kimi Raikkonen, but finished behind teammate Esteban Ocon in 11th and qualified 15th, having just scraped into Q2.

Asked whether his struggles were result of Alonso still familiarising himself with the A521, he said: “It looks like that, but it cannot be an excuse to say that. It’s quite obvious that every lap we do as drivers we feel more comfortable.

“But this cannot be an excuse to say I did not perform well. I have to be more prepared and more ready next time. It doesn’t matter if you have little time, or no time in the car, I will try to be better next time.

“I’ve changed teams many times. I’ve even changed categories and different series in motorsport many times. There is always a period of adaptation.

“There has never been an excuse and it’s not going to be an excuse now. I should be better. I was not at the right level this weekend, but I will be in Portimao.”

With the race being just his second since returning to F1 after a two-year hiatus, the conditions made things all the more challenging for Alonso.

“From lap one to the end we changed conditions and grip levels so many times during the race, we had one red flag, we had one standing start, one rolling start,” he added.

“I mean, there were a lot of things to practice and to go through that normally takes four or five races, and we compressed all in one race with a lot of activity.

“I’m happy with the learnings, I’m happy to finally feel the car in wet conditions, so a lot of lessons to take, to analyse and, feeling wise, from lap one to lap 63, I felt 300 percent better in the way of how confident I am with the car.”